My Baby is ONE! 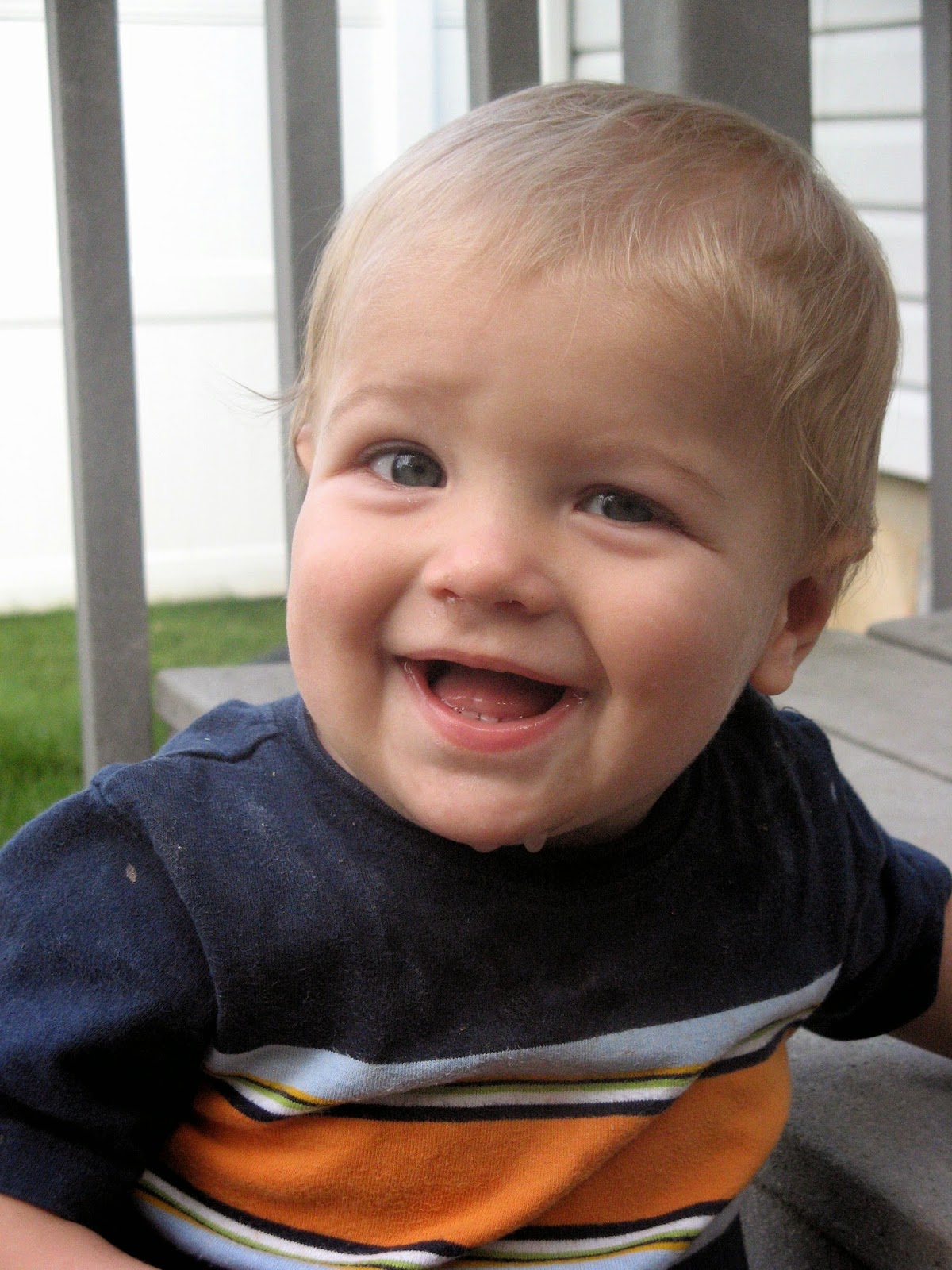 This kid turned ONE on the 5th of this month (birthday pictures to follow).
What an eventful year it has been!
I'm so grateful we had Lincoln along for the ride. 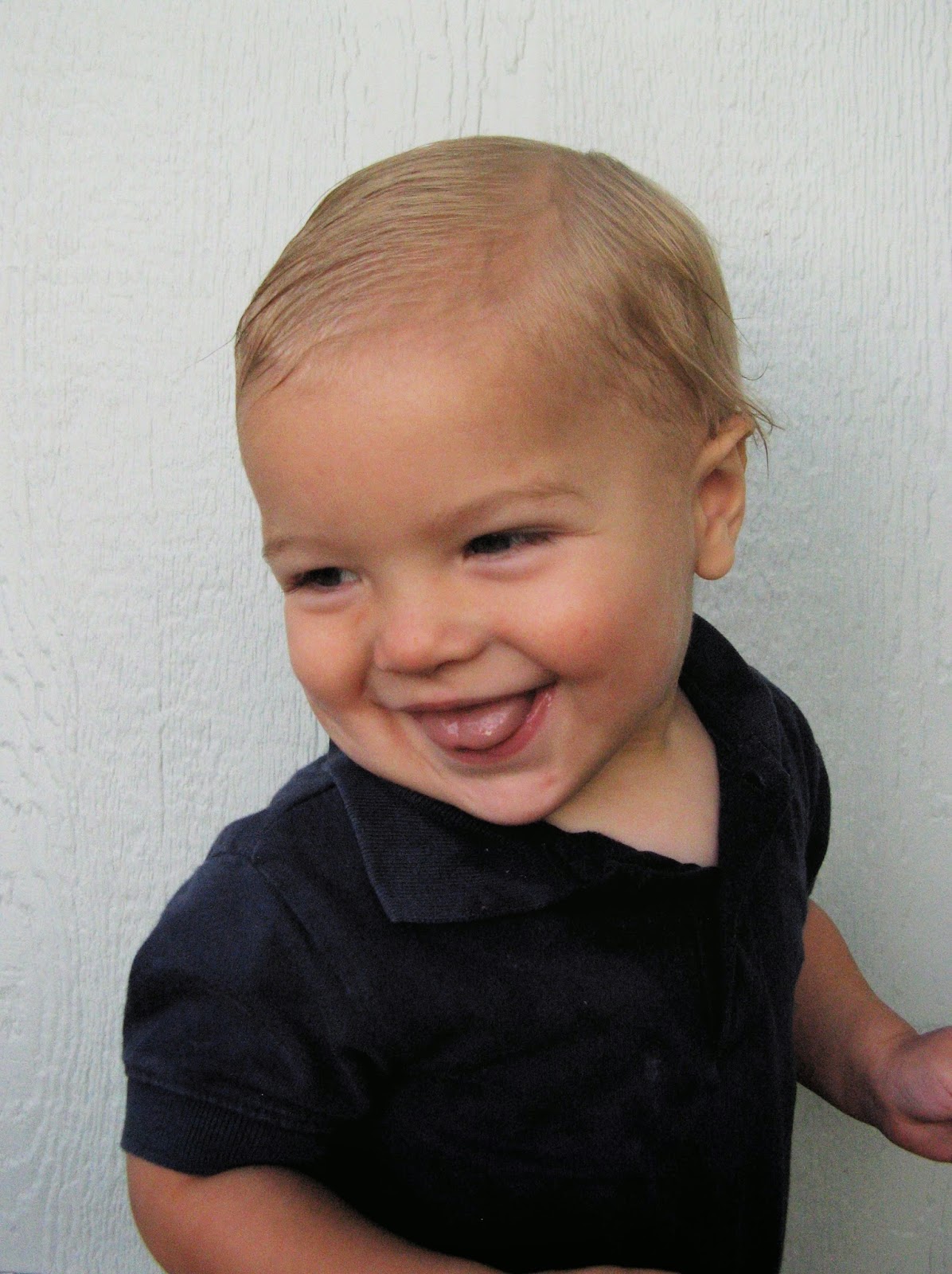 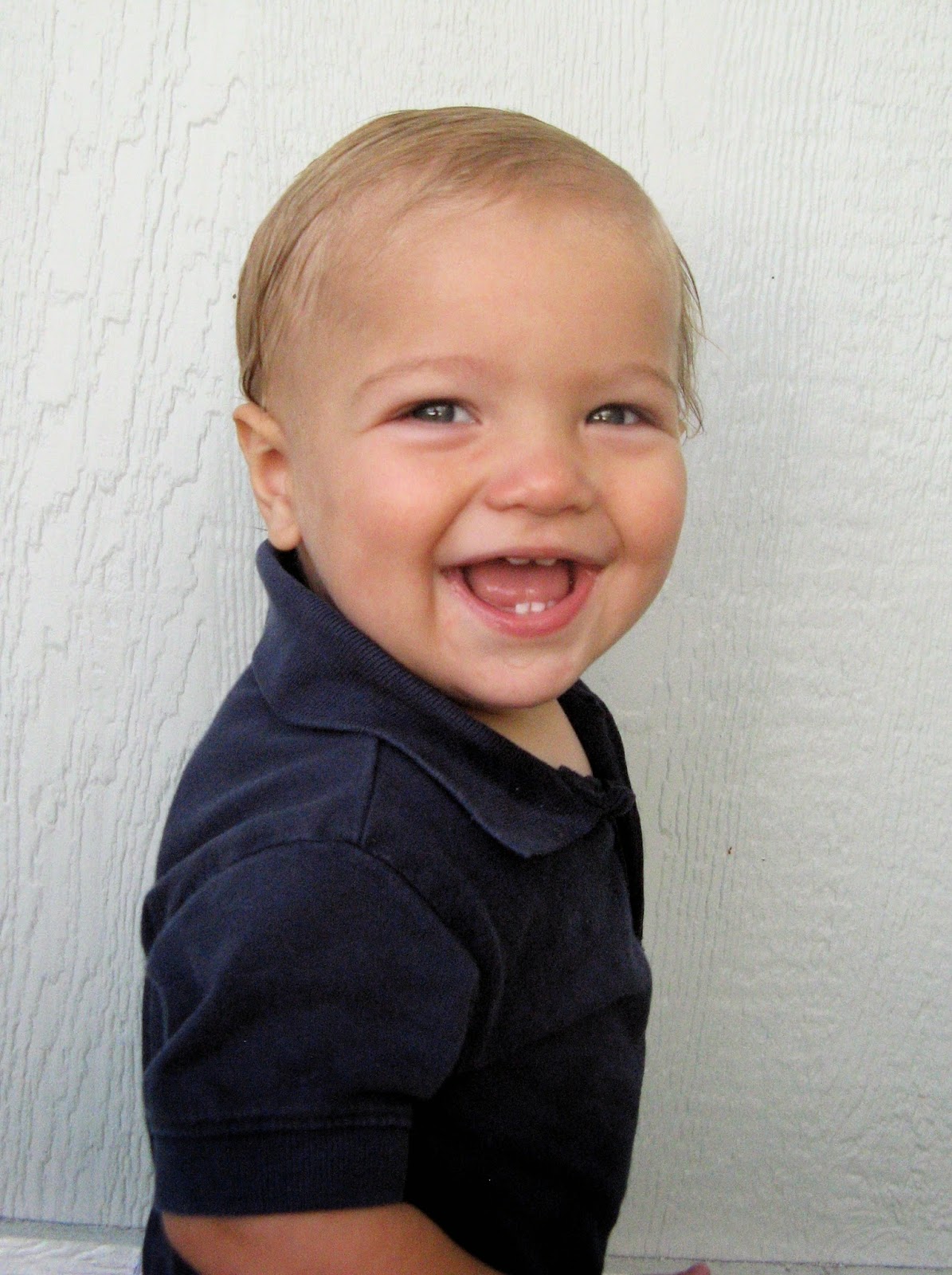 -He has been walking for a couple of months now and is into everything.

-His personality is happy, but also fairly demanding. He usually has a period every day (when I'm trying to make dinner, of course) when he screams if put down, but if I'm holding him he's happy as can be.

-He loves tagging along with his big brothers and, unfortunately, destroying their creations. 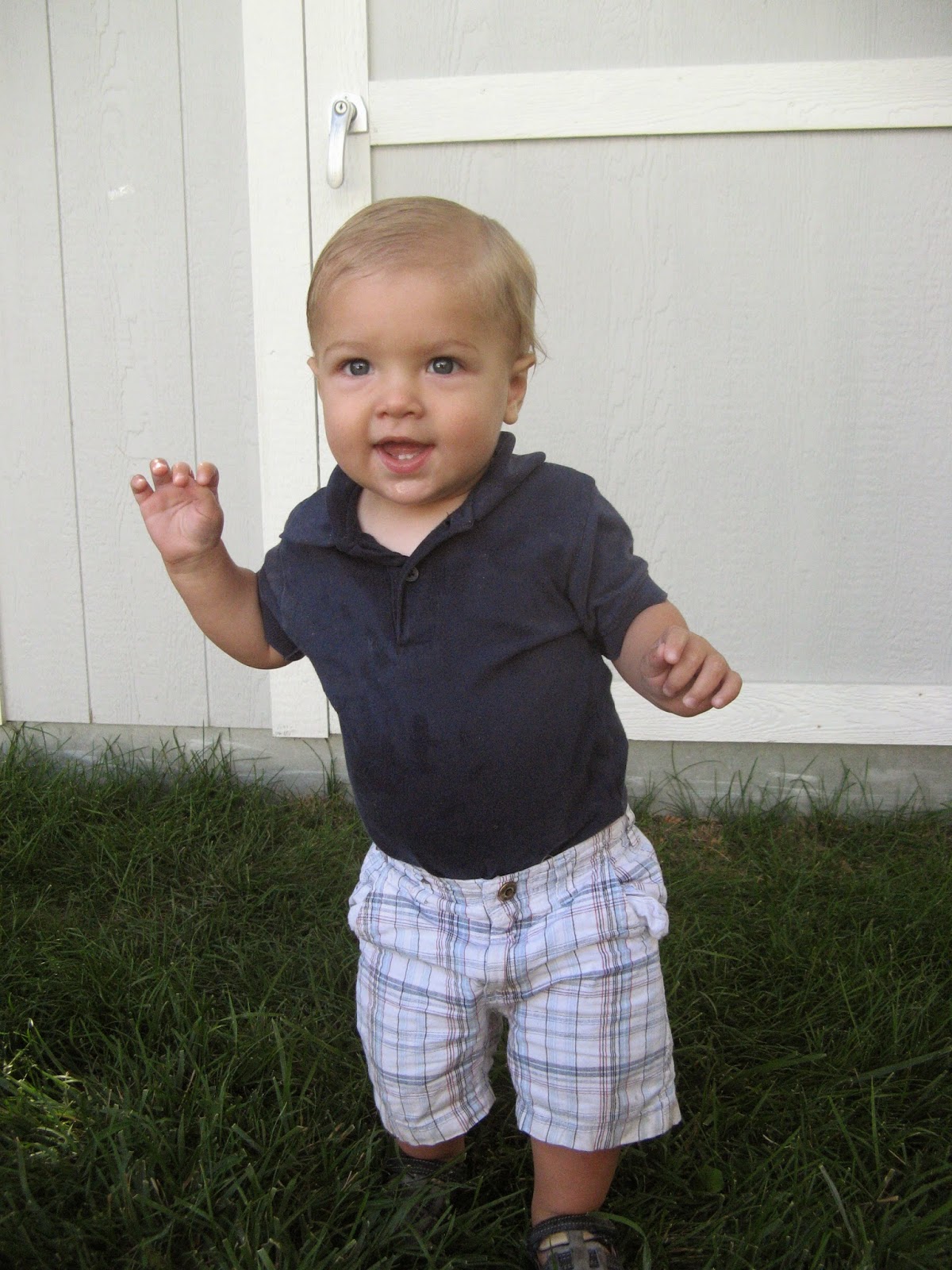 -He loves food and has a huge appetite. I think he eats more than everyone except Sam! Yogurt is his favorite and he gets so excited he starts giggling when I pull out a cup of yogurt.

-He has six teeth--four on bottom and two on top.

-He loves to eat dirt and chew on rocks. 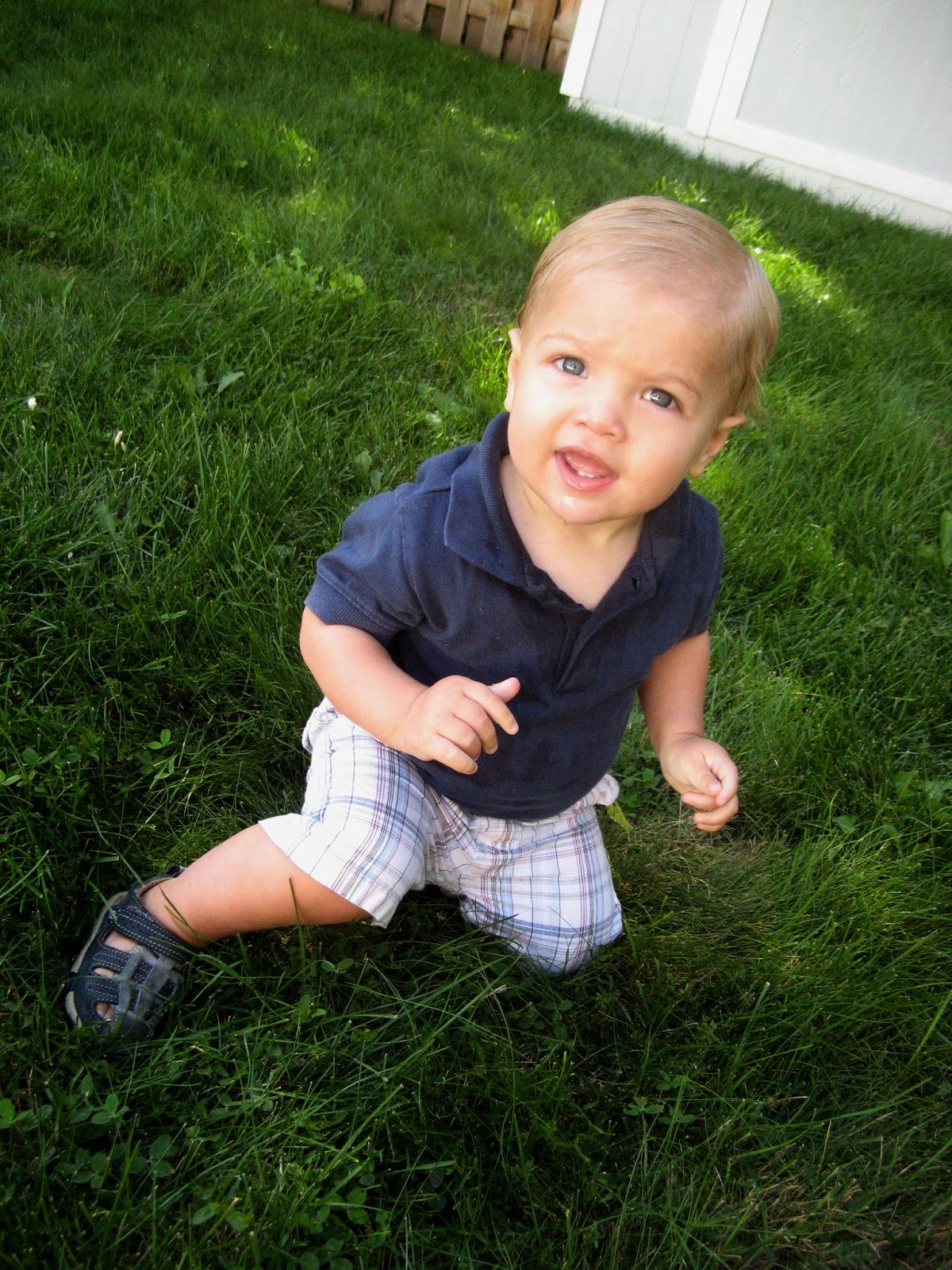 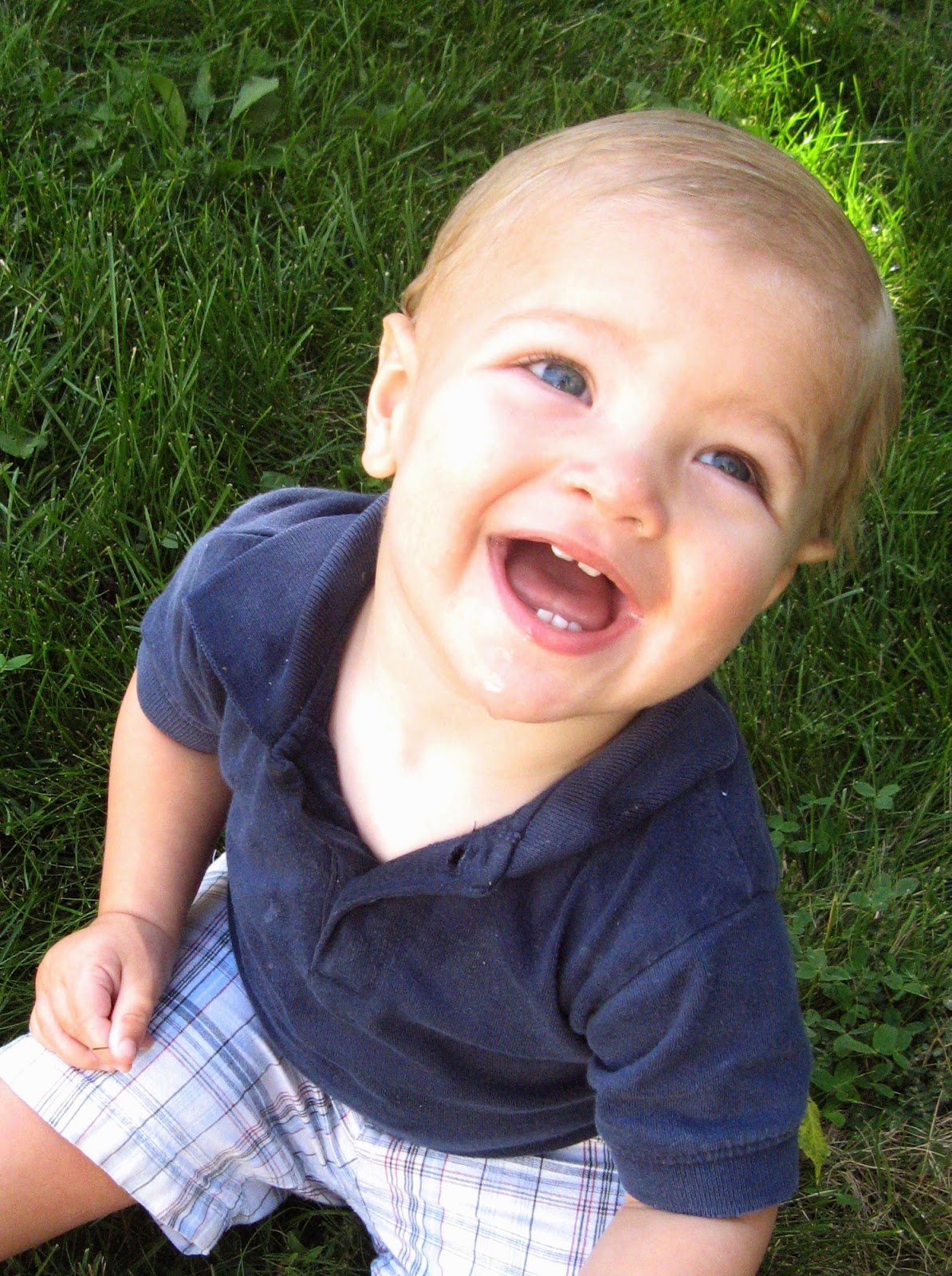 -He is always trying to put things in our mouths, especially his food and his pacifier. It's time to get rid of the binky...I waited longer with him than the others because I wanted him to have it while we transitioned from Texas and especially during our 3-day car ride! But he's really attached to having it while he goes to sleep, so I'm pretty nervous about pulling the plug.

-He is my thirstiest baby yet, I think, and quickly chugs down sippy cups of milk or water.

-He is super ticklish and generally likes to be tickled, especially under his chin. He cracks up when I'm doing up his buttons because he thinks I'm tickling him. 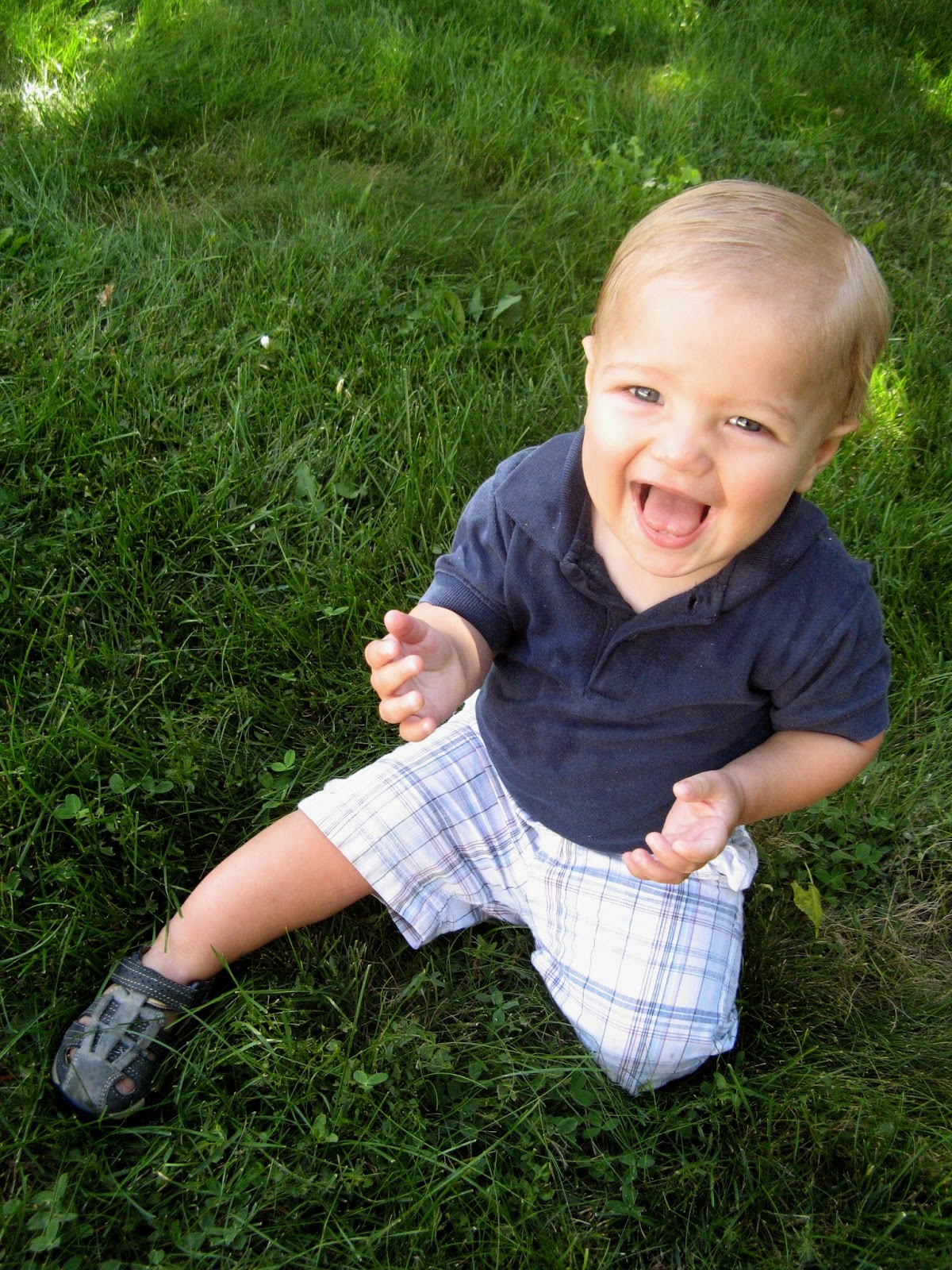 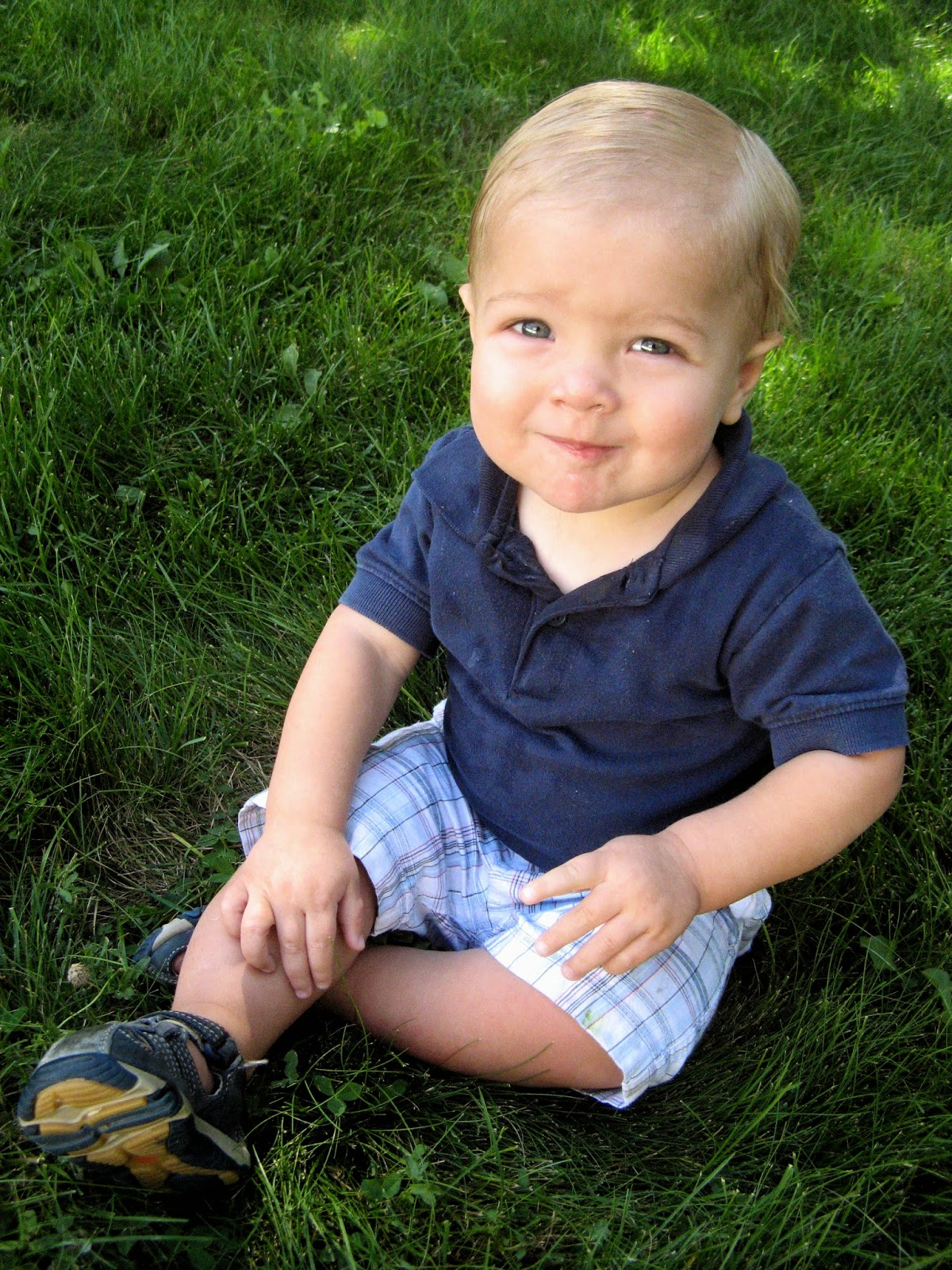 -He is a tease. He loves to come up to us and grab our faces or cover us up and play peek-a-boo. He especially loves grabbing his brothers' faces while they lay on the floor, which makes them laugh. He loves it when his brothers cover themselves up with blankets and then poke their faces out, and they all erupt into uproarious laughter when this game is played.

-His favorite things are swinging, eating, exploring in the backyard, going for walks in the stroller or wagon, drinking, reading books, and playing with long, narrow objects like sticks.

-He dislikes getting dressed, being thrown into the air, being told "no," getting his nose wiped, and getting his hands and face washed.

-He has soft, chubby cheeks, light brown hair (that is ready for a haircut!) with curls on the longer pieces, steel-gray eyes that sometimes look blue, and skin that tans beautifully, leaving him with a great farmer's tan. 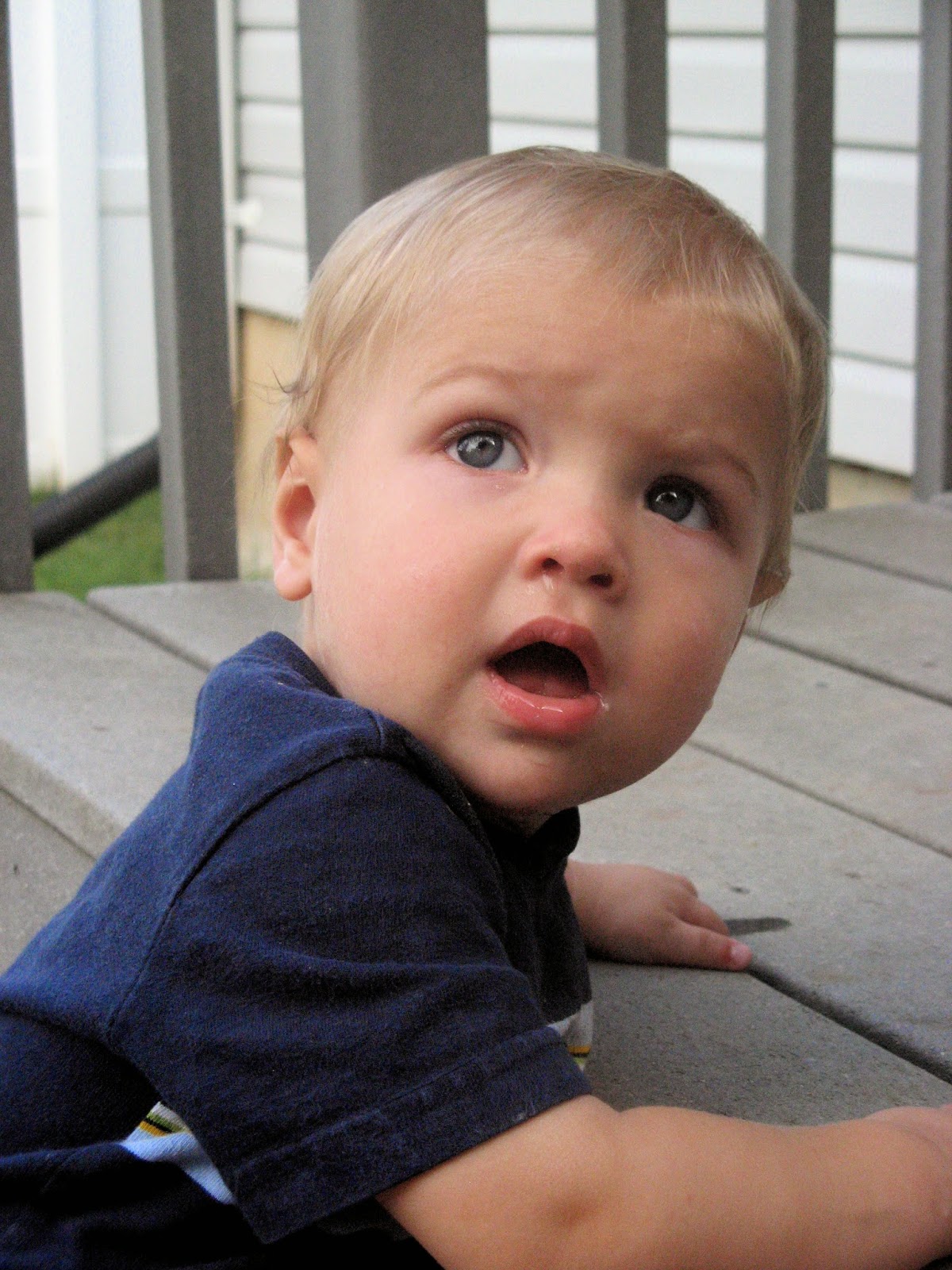 Oh, how we love our inquisitive little Bobo-Linc!
Posted by Kaitlyn at 12:00 AM