We went to Dewberry Farm with some friends! We all had a great time, even though a huge storm started and we had to leave early.
The cow train was one of the highlights. It was so fun! 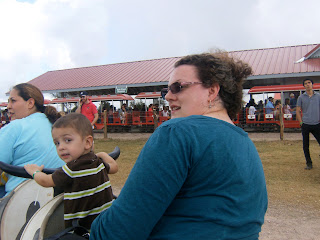 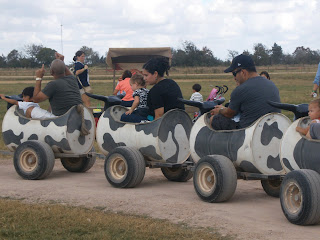 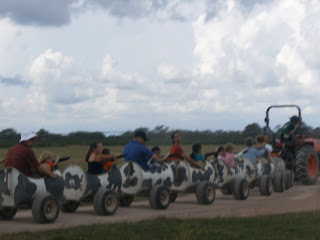 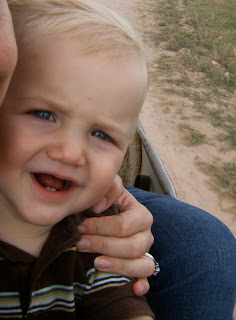 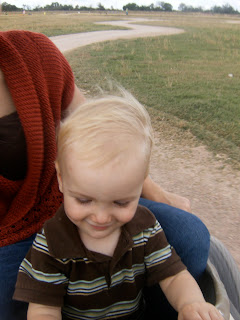 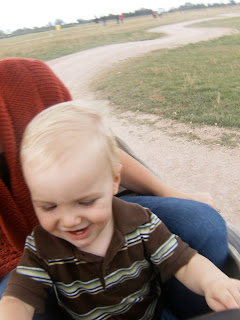 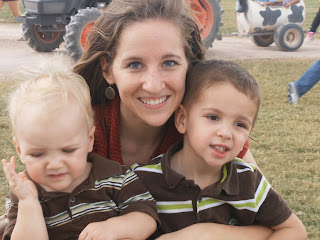 They had a bunch of fun farm-themed toys around the area for the kids to play on. 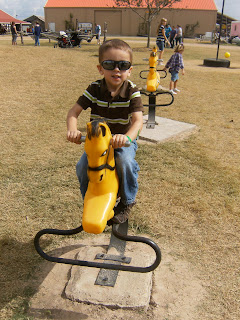 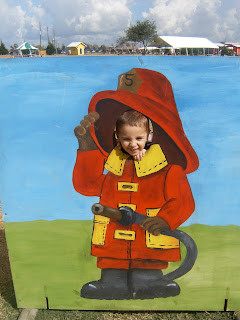 You can see our storm looming overhead. We did get to enjoy a few hours of good weather, though! 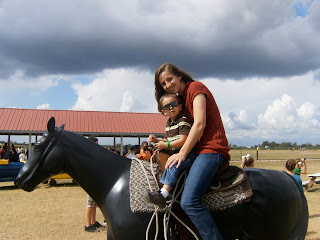 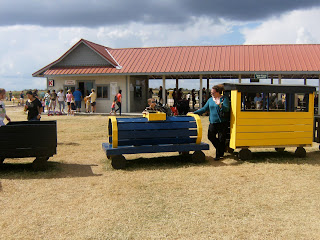 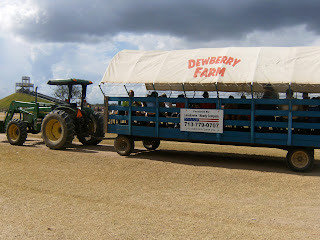 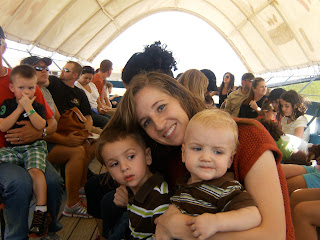 Talmage put his sunglasses on upside down and thought he was pretty cool! 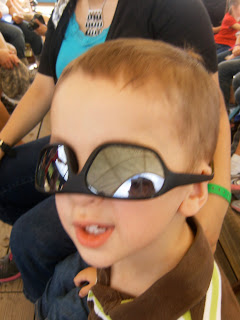 The corn pit was the boys' favorite part. Such a genius idea! It was basically a little shed filled with dry corn kernels and toy tractors. 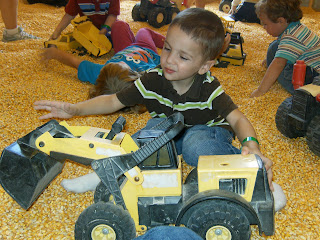 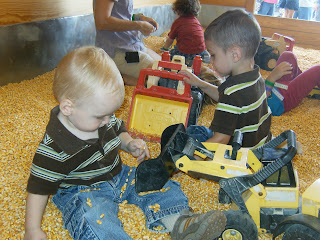 We just had to make sure Wesley didn't eat the corn. Especially after a mouse ran by and caused quite a stir among the occupants of the corn pit! 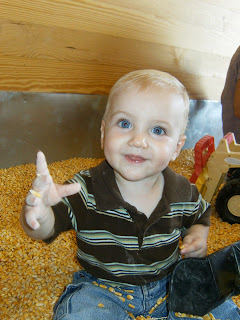 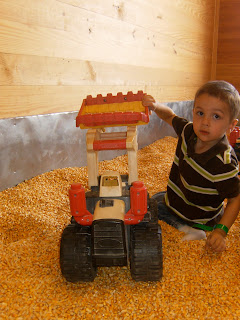 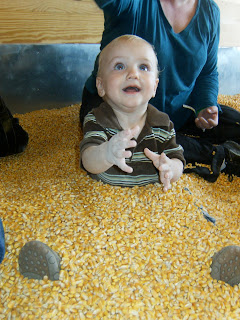 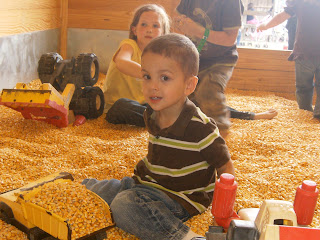 Our friend Angela was awesome with the boys! It was so great of her to tell us about the farm and then come along. 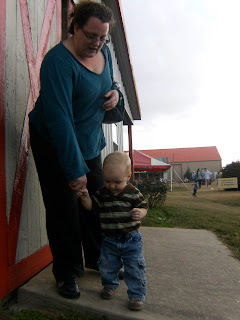 This tire swing made into a horse was brilliant! 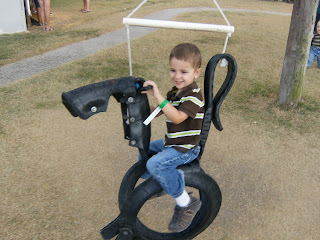 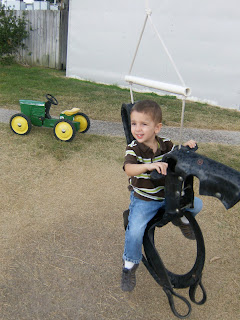 The rain was just starting to pick up at this point, so sadly the boys didn't get to play on the toys as long as they would have liked. 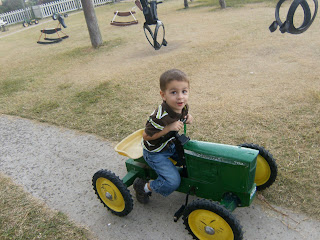 It was a fantastic little outing! I often feel sad that my kids won't get to have the same farm experiences I grew up with (since my grandpa was a farmer and I have several relatives who farm). Things like this help me feel like they're going back to their roots. :) It was such a fun day! 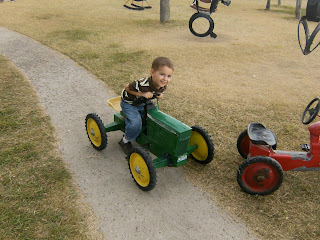