A Visit to the Fire Station

Our ward has a little neighborhood preschool going on. Although I opted out for this year (Talmage still has 3 years before kindergarten), they were kind enough to invite us to come on their field trip to the fire station! Talmage was in quiet awe the entire time, cracking us up with his permanently open mouth and wide eyes. 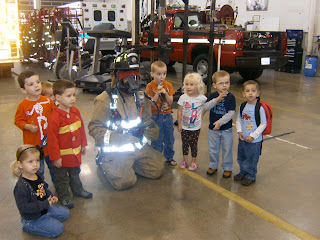 The trip actually started out a bit rough. Talmage was surprisingly not excited when I informed him that we were going to the fire station. He was afraid they would turn on the siren and he does not like loud noises like that. He was so adamant that he didn't want to go in! I knew he would love it, so I eventually coaxed him to just come in and I would ask the firefighters if they were going to turn on the siren. They said they weren't going to, and all was well. And wouldn't you know it, somebody goofed and actually did turn the siren on, but by that point Talmage was fully invested and didn't really care. 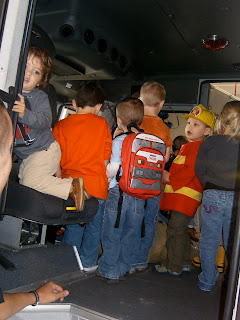 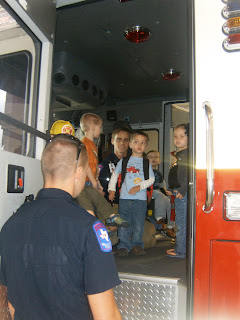 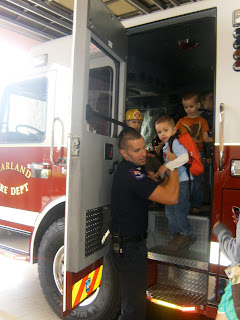 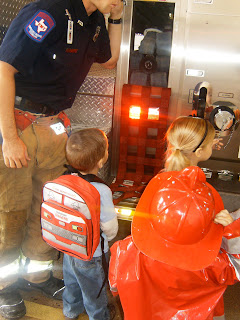 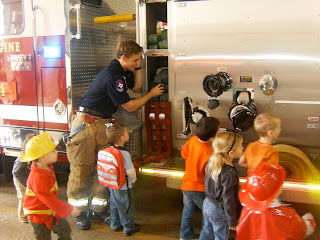 He also loved seeing the inside of the ambulance. 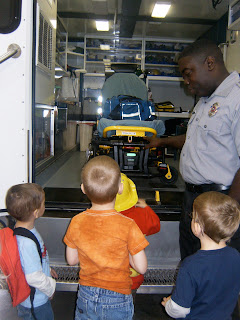 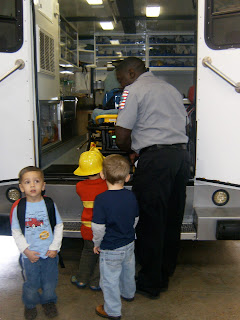 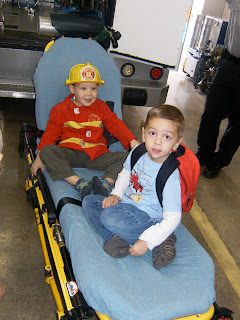 And here's the whole lineup! What a cute bunch of kids. 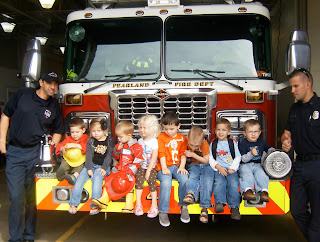 Thanks for letting us tag along!
Posted by Kaitlyn at 12:08 PM