We had the wonderful opportunity to spend about a week in Utah! I think the first item of business for my mom was getting a family picture taken while everyone was in the same state! That's a pretty rare occurrence. So the day we flew in, my family met at Draper City Park and had a little photo shoot. 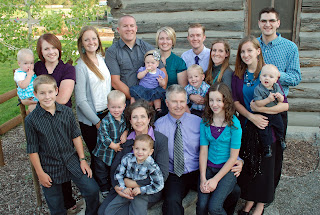 I LOVE these pictures of Talmage with his Uncle Bronson! 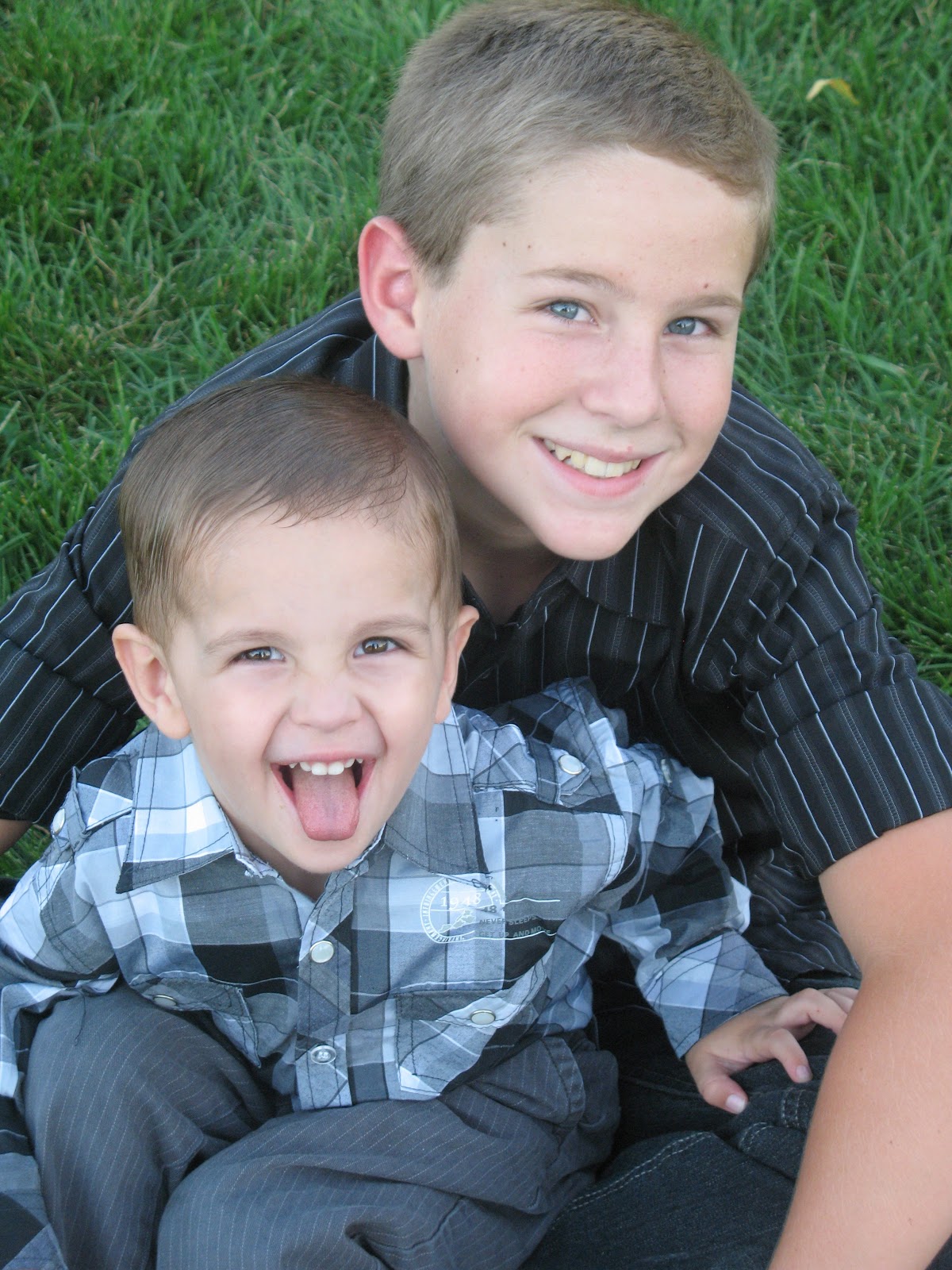 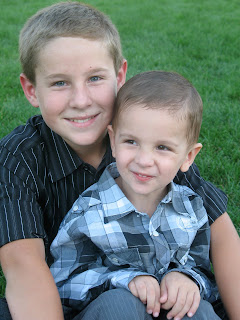 Aunt Breanne with two of her four nephews! Obviously they were very much in a picture-taking mood. Good thing Grammy brought S'mores goldfish crackers to keep all of the grandkids at bay. 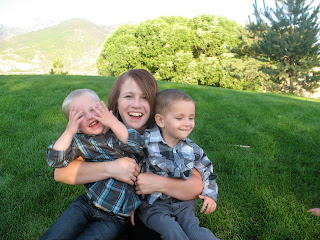 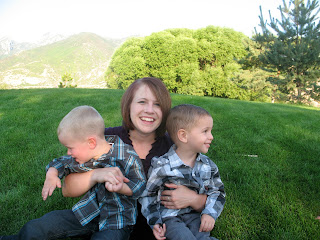 The boys really were troopers--after having been champs on the plane, visited with Sam's mom and siblings, and then hustled over to the park for pictures, I was happy to still see smiles on their faces. They loved playing at the park! 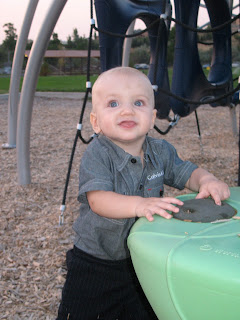 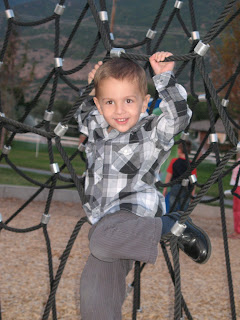 After pictures, we went out for frozen yogurt together. By the time we got to my parents' house it was way past the boys' bedtime, they had gotten up very early and had been traveling all day. So they crashed pretty much immediately. I didn't even bother putting Wesley's pajamas on. And the next morning he ended up in the bed with us where he mercifully let us get a bit more sleep. 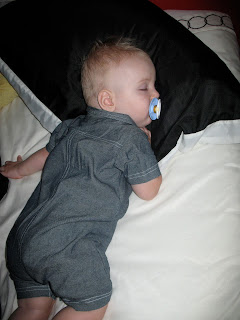 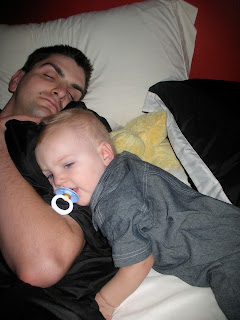 A few days later it was time for family pictures with Sam's family at Memory Grove in Salt Lake! We decided to do things pretty informally and just used our camera, set on timer mode. I would hurry and push the button and run to my spot and hope the boys would somehow at least look pleasantly at the camera. They didn't turn out too badly, although the coloring is quite a bit more rosy than I expected. 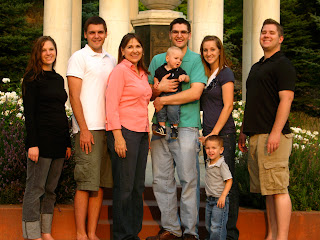 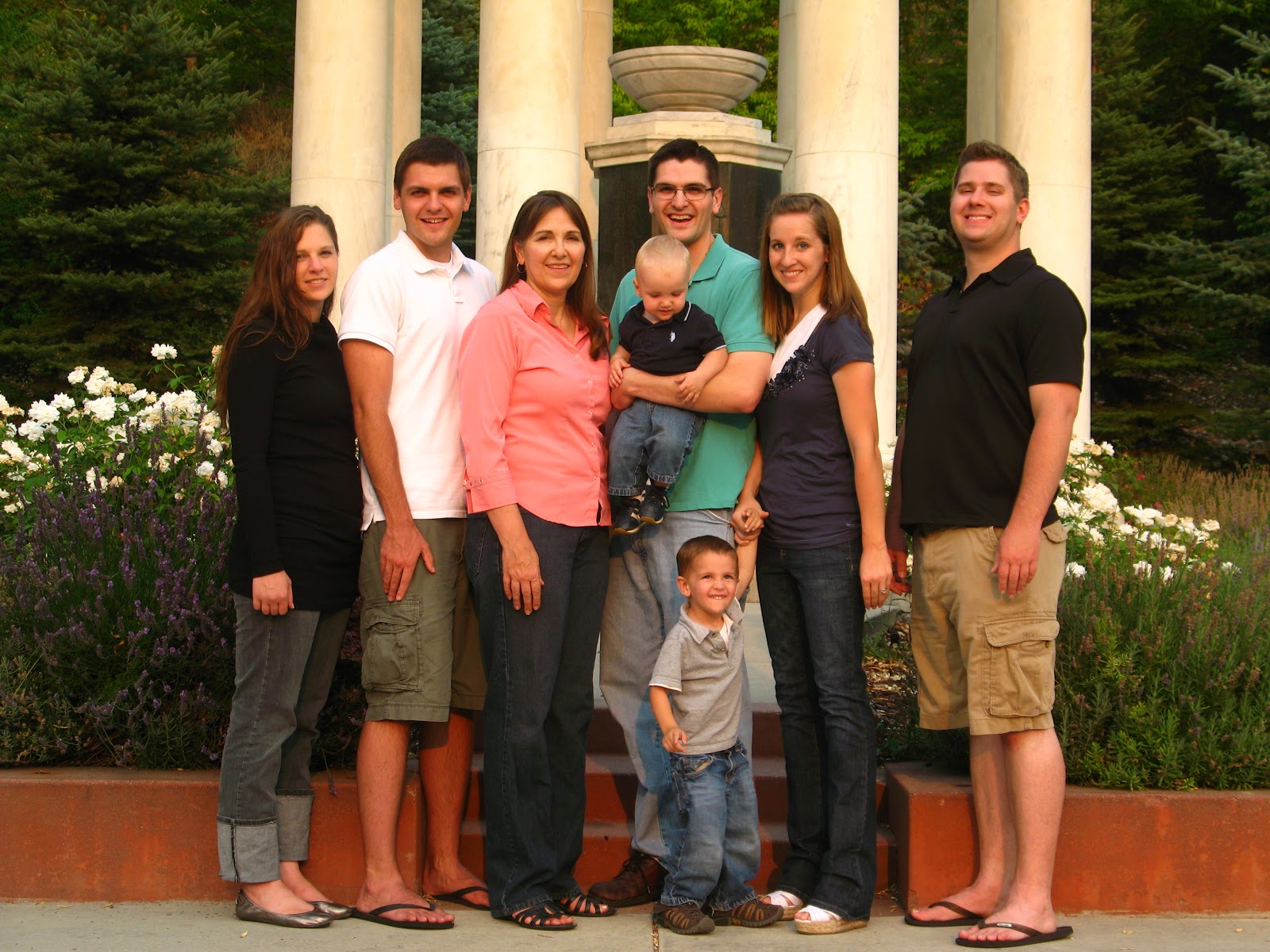 I was testing the settings on the camera and caught these adorable pictures of my boys! 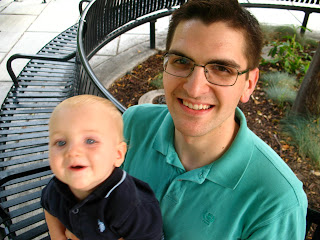 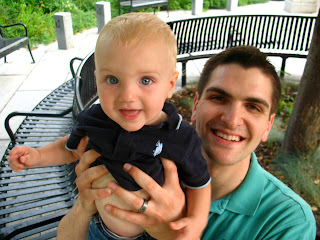 We did a few individual shots as well. 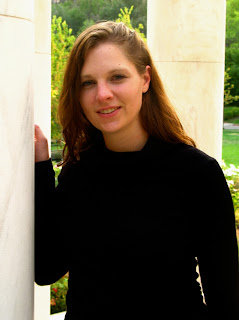 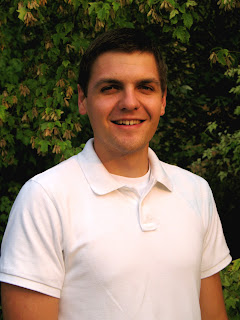 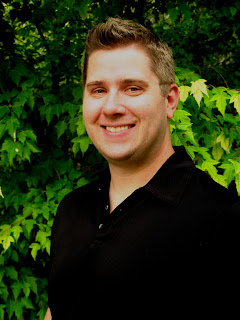 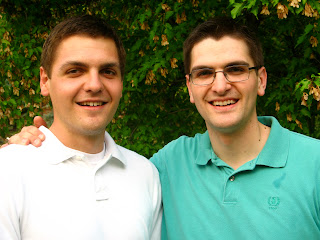 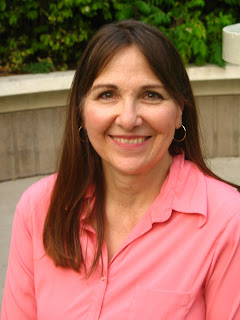 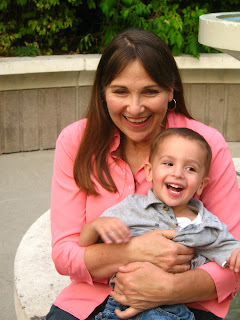 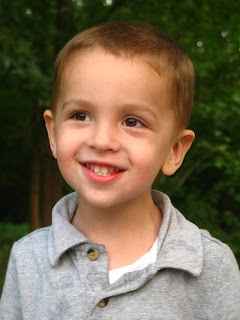 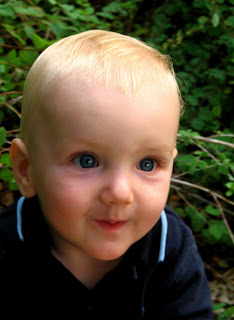 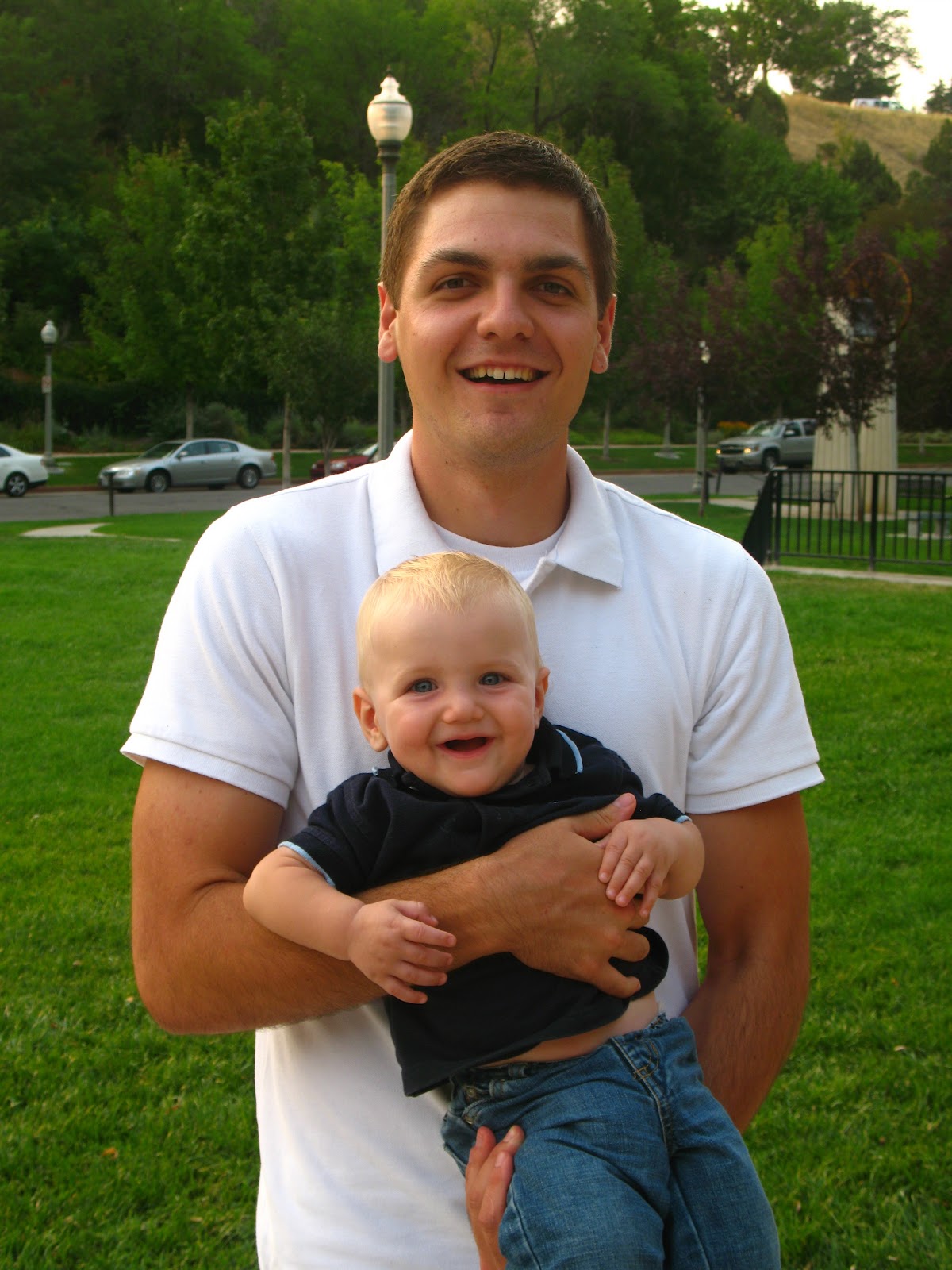