Our ward Christmas party was on December 3. We had a nice potluck breakfast at the Church and then, since the weather was warm (I insisted on putting the boys in Christmas sweaters anyway) I took the boys to the park while Sam went to his lab. Talmage loved playing with his trucks in the wood chips, once he got past the initial shock of them being dirty. As soon as he filled up the digging portion he started asking me to wash it. :) 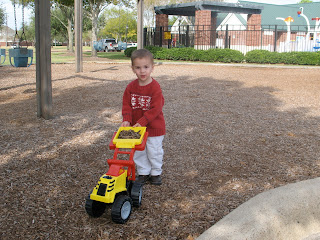 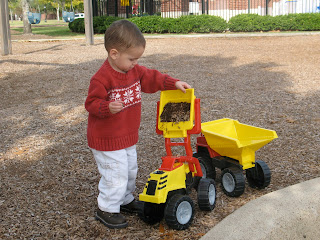 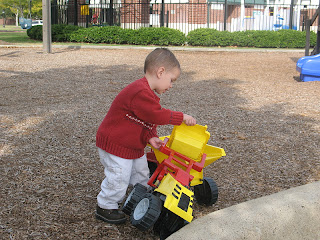 We played on the swings for a long time. A man was there with his son and started talking to me about the boys' sweaters and I told him we had just come from a Christmas party. He asked about it so the Church came up and we had a good conversation about it. Come to find out, he used to play basketball with a bunch of LDS guys every week in the Church cultural hall! He actually knew quite a bit about the Church and was incredibly positive. It's always nice to have those experiences. 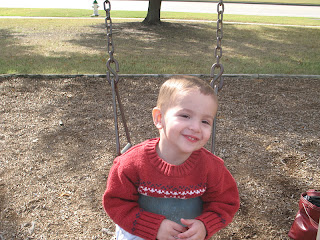 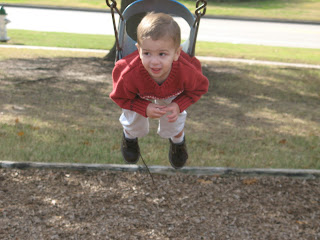 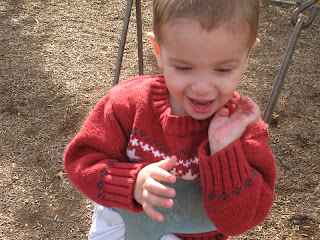 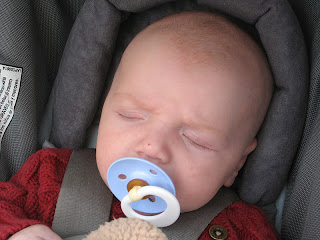 And you have to love his sleepy smiles! 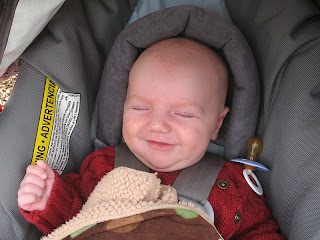 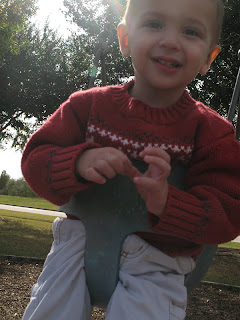 The slides are always a huge hit. 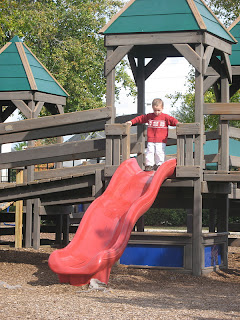 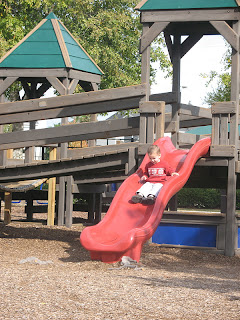 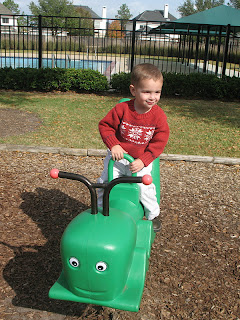 That night, I braved the crowds and took the boys to the Christmas parade. It was essentially a loooong parade of pickup trucks decorated with Christmas lights holding scout troops, sport teams, 4H groups, etc. but Talmage loved it--especially the Christmas music! 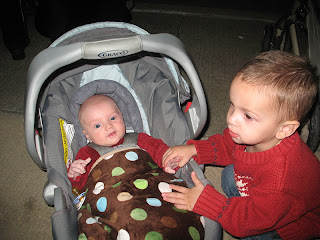 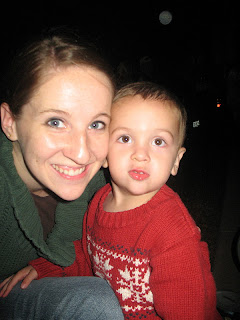 It sort of looks like he is mocking me..."point and laugh!" 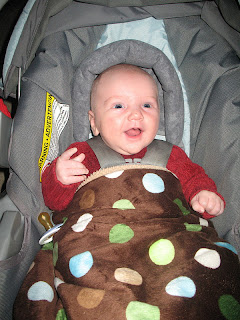 It was a fun way to begin December!
Posted by Kaitlyn at 6:35 PM