Whew...I am so, so behind on blogging. I don't feel like I had that many holiday preparations to make, but December still slipped away from me in the blink of an eye!
Talmage love, love, loves Wesley. He is always playing with him. 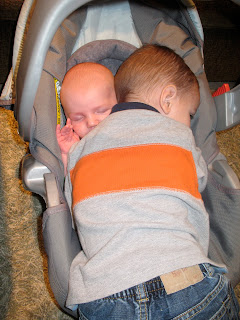 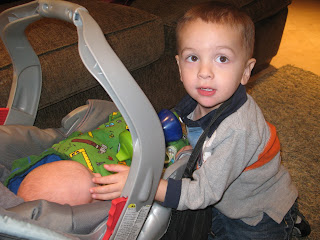 He also insists on sharing things with Wesley and piles all his toys on him. He grabs his hands and tries to force him to hold the toys. Given some time, I'm sure the two of them will love playing together! 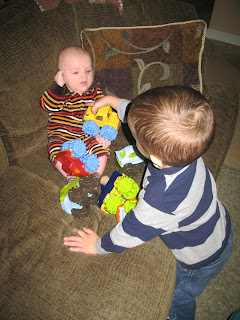 Wesley wasn't quite sure what to think about all those trucks... 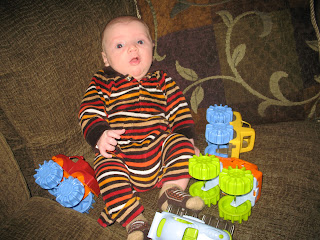 And he makes goofy faces for the camera just like his older brother did! 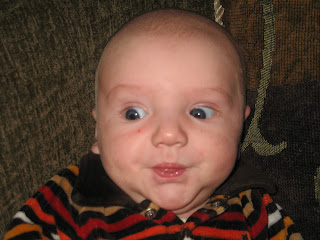 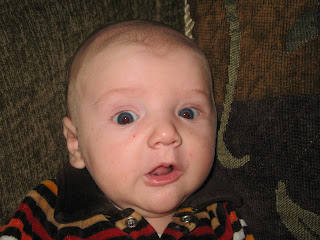 Some people in our ward gave us their old trike! We don't have any sidewalks in front of our house, but we are looking forward to taking it with us to the park. Talmage loves loading the "trunk" full of things. 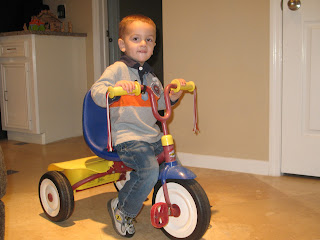 We've been spending a lot of time playing with toys in Talmage's room with all of the sicknesses floating around our family this month. 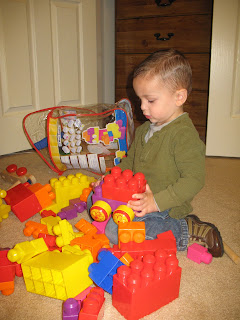 Our giant "poof" is in Talmage's room, too, and Wesley often hangs out there while we read stories and play. 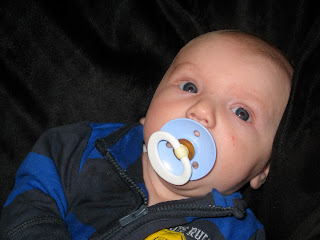 I was sweeping the floor and looked over to see this happy face cooing at me! 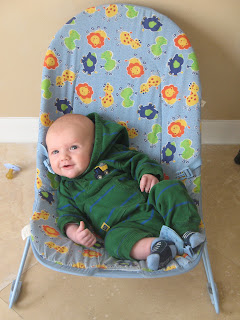 I can't tell you how happy it made me. 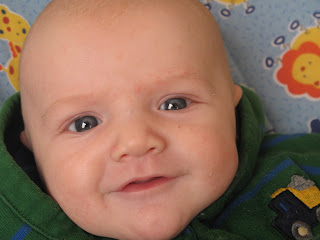 Wesley also had his 8 week checkup recently! He was 23 3/4 inches long (87th percentile), 11 lbs, 9 oz (60th percentile) and his head circumference was 15 3/4 inches (61st percentile). He lost a fair amount of weight while sick and in the hospital (he had already lost weight when we went in and he was still over 12 pounds), and his well-child check was only 2 days after we got out, so it's not a true reflection of his weight. But he is a pretty solidly built guy! He is really muscular--he can stand at the side of the couch and hold himself up for 10 seconds or more and he can sit on his own for 5+ seconds if I balance him just right. 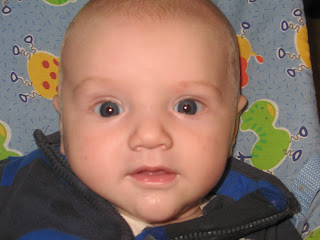 He is so, so smiley! He smiles, coos, and squeals all the time. 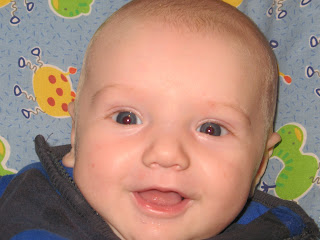 But most of the time when I pull out the camera he stares at me like this: 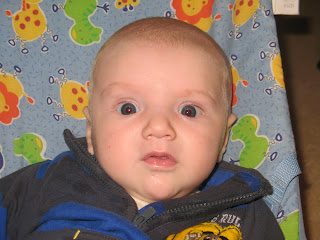 Talmage also had his 2 year appointment at the same time (I just wanted them to go in together so I put his off), and he was 26 lbs (19th percentile) and 36 inches (75th percentile). I'm devising ways to get him to eat more food so he won't soon be dwarfed by his younger brother. :)
Coming Soon:
-RSV Hospital Adventure
-A Day at the Park and the Hometown Christmas Parade
-Wesley's Blessing
-and more!
Merry Christmas everyone!
Posted by Kaitlyn at 9:01 PM