A Boy and His Food

I'm not sure why I take so many pictures of Talmage eating, but I loaded about 40 pictures onto the computer yesterday and realized that many of them were food related. Maybe it's because that's when he'll sit still and look at the camera...
This is one way we made it through this crazy hot summer! I heard one day that we were on the 15th day in a row that was over 100 degrees, and humidity was approaching 100%. I'm so grateful our house has good air conditioning! 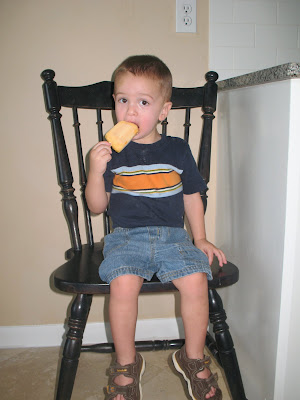 The thing I love most about this picture is the image of his little toothpick legs. 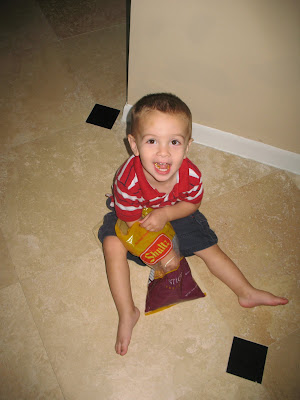 I canned pears a while back. They were on sale 5/$1.00 at a local grocery store which is pretty run down. I mean, there are bugs flying all around the produce, iced tea is often spilled all over the milk jugs, the meat is dripping juice all over so they have paper towels next to the meat display, I usually have to try more than once to find a carton of eggs that doesn't have a broken one in it...you get the picture. But I love to shop there because stuff is just so cheap! Whole chickens for 59 cents/lb? Peaches for 69 cents/lb? Bags of brown rice for 42 cents? Huge bags of shredded cheese for $5? Yes, it is an interesting place.
But I digress. I decided to get 150 pears and I went early in the morning so the store was mostly empty. I loaded up my cart with the pears and went to grab a couple of other items. A very large black man looked at the cart and stared at me in shock. "Whoa..." he said in his heavy southern drawl. "Dat's a lotta apples! Are you gonna preserve 'em?" I responded in the affirmative and he stared at me as if I were crazy. People don't bottle fruit much in this area.
Later I went to check out and the bagger asked curiously, "What are you making?" Ha! I guess I would be feeding an army if I were making something with all those pears! When I explained that I was putting them into jars--canning them, he nodded and said excitedly, "Oh yeah! I had apples like that once!" It was such a novel concept. This was strange to me, who grew up with hundreds of bottles of fruit on the shelves in the basement. I was sad the 150 pears only yielded 25 quarts. Next year I'll have to get more. 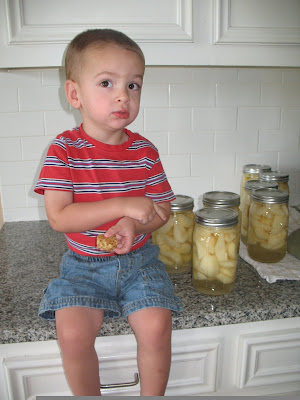 Talmage was such a good boy while I canned the pears. He pulled a chair over and stood next to me, eating chunks of pears as I would give them to him. He also thought it was great fun to play with the canning tools. He calls the jar opener a "neck-ace" and puts it around his neck and then he kept putting the jar lifter around his eyes. :) 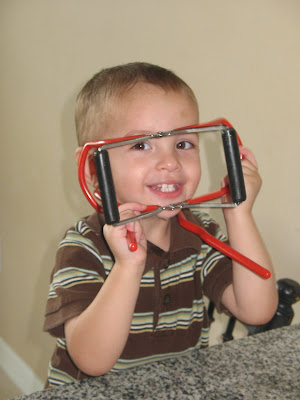 Here he is enjoying our Family Home Evening treat of caramel popcorn. 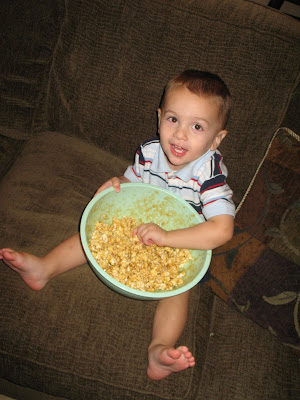 One night I decided to make cookies using a recipe I stumbled across that used only peanut butter, sugar, and an egg. I was intrigued and decided to try it out. The next morning I came out of our room and found Talmage sitting on the counter, a cookie in each hand, just as happy as could be. 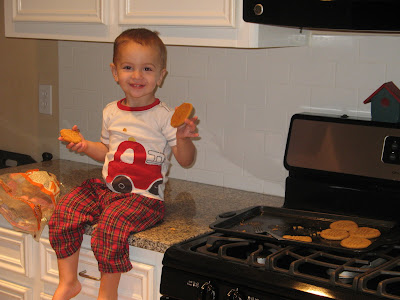 He loves grapes! I wish they were cheaper, because they are one of the only fruits he will absolutely devour! 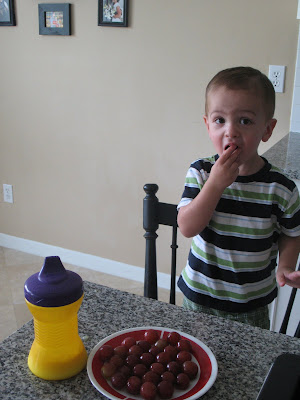 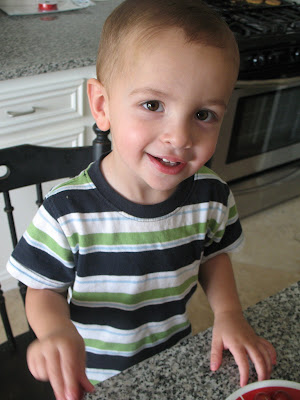 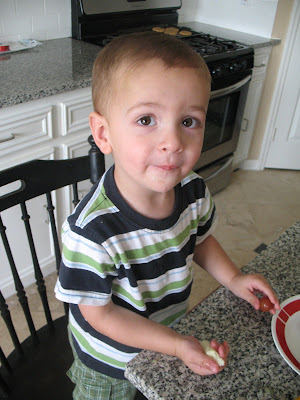 The other day he pulled out the hand mixer and said he wanted to "mix it." When I asked him what he wanted to mix, he said butter and sugar. 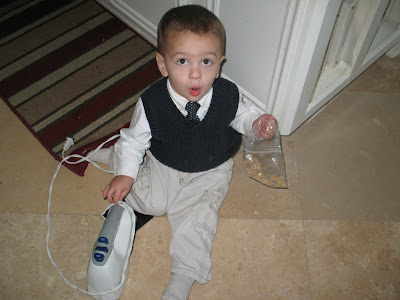 Sometimes he does better eating his food if I let him stand at the counter. Mostly I just love this picture because of the look on his face. :) 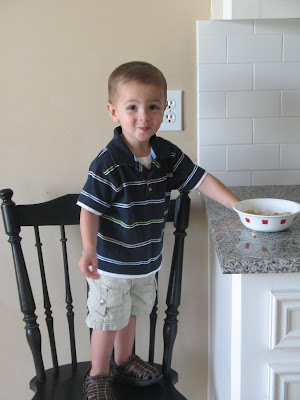