Fun at the Splash Pad

The park around the corner from us has a fun splash pad that they keep on during the summertime. It is such a nice place to cool off in this crazy heat! Talmage loves it. 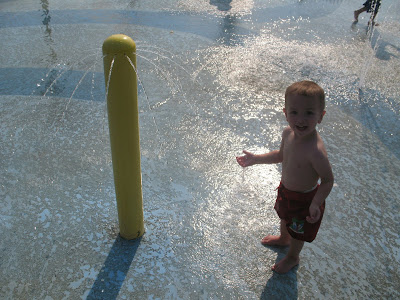 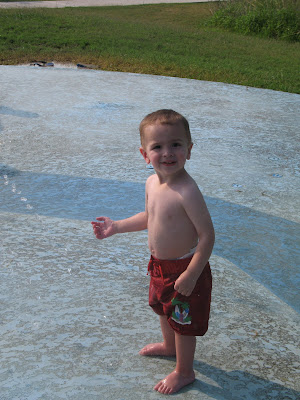 This little kid randomly ran up to Talmage and gave him a hug before running off again. Talmage was somewhat alarmed. 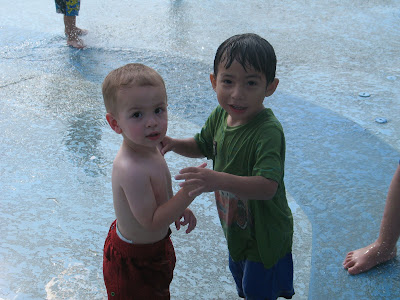 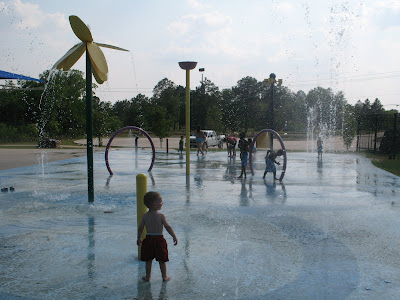 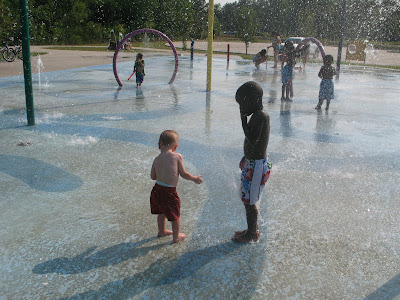 He kept squealing "Wa-wee!!! Wa-wee! Wa-wee!" As much as I try to encourage him to say words correctly, I will definitely miss his cute little versions. :) 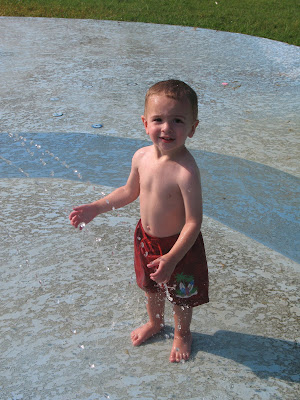 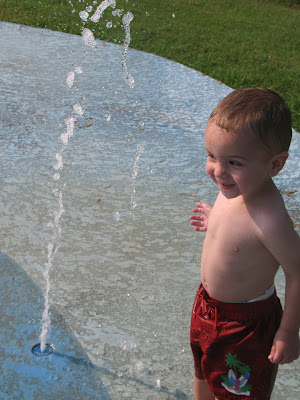 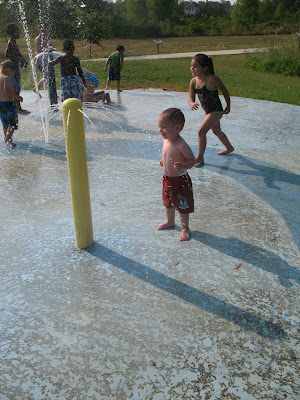 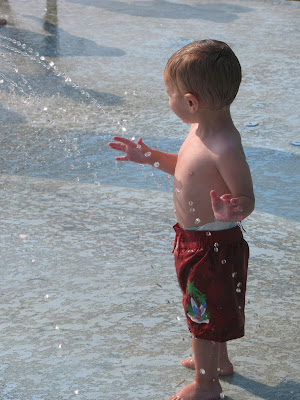 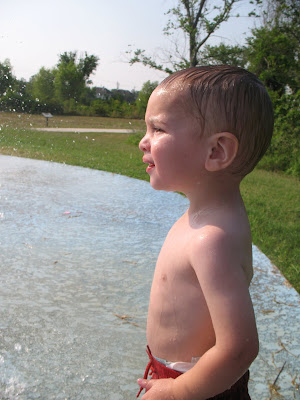 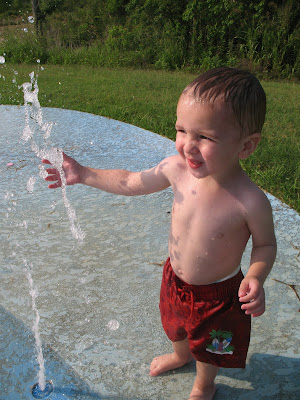 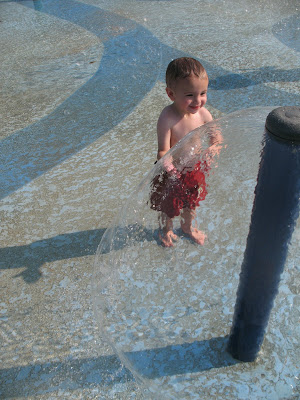 It really looks like he is getting nailed in the face here--don't worry, he was behind the stream of water. :) 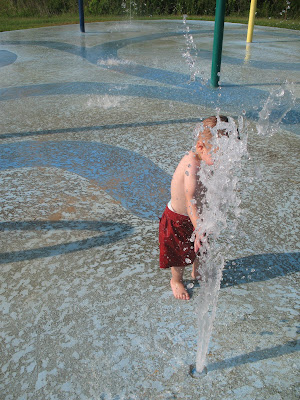 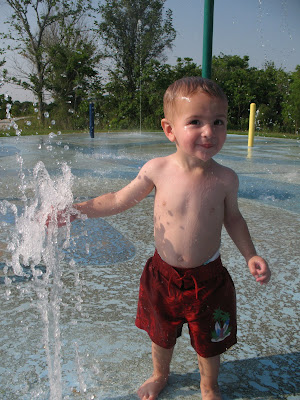 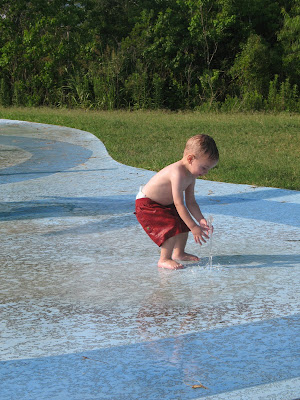 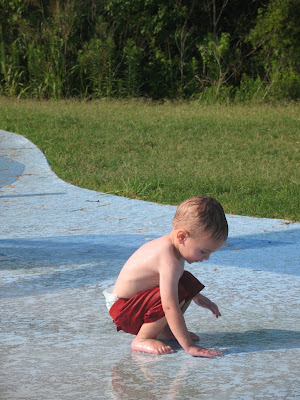 I got these sunglasses at the dollar store when my old ones broke. I didn't realize quite how big they were until after I bought them and put them on--I looked very high maintenance wearing them. And Talmage looks hilarious! He showed the person sitting next to us. 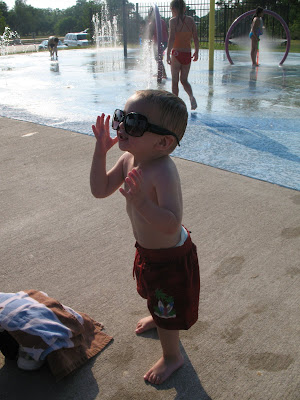 And then he strutted around with his nose in the air like this, partly to keep the glasses from falling off and partly because he thought he was pretty cool! 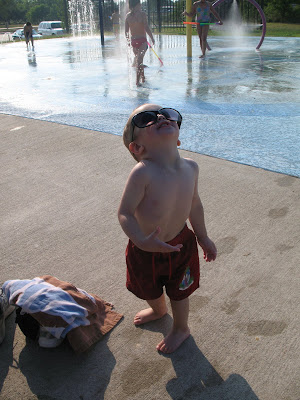 I'm sure we'll make many returns this summer!
Posted by Kaitlyn at 3:49 PM