Drawing. It's what gets Talmage through Sacrament Meeting quiet and happy. It's what keeps him occupied throughout much of the day. It's what I know could allow me to get a lot done, but instead glues my eyes to my sweet boy's curious hands that like to experiment on the wall a little too much. It's currently his activity of choice.
And regular pencils, as shown in this picture, no longer suffice. He knows pens are cooler, and colored pencils are the best. And how can I deny him these messier alternatives when he flat-out denies the pencil, looks pleadingly up at me, and repeats "please" over and over? Ah, the life of a toddler. Such a fun stage!
The problem with drawing, however, is that most people stay still while doing it. Talmage does not like to be still at all, so he devised a way to draw while wandering around the house. 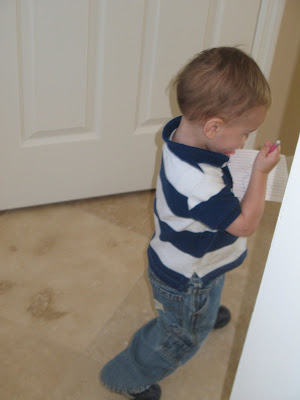 He would hold the paper against his chest and draw on it as he walked around. 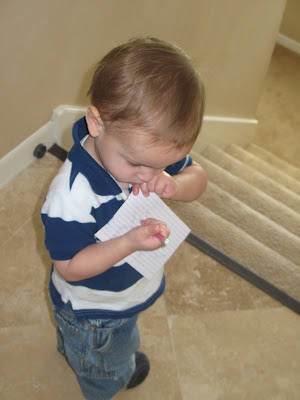 Then things got a bit too quiet. Fearing the wall was suffering more damage, I glanced down the stairs and found this: 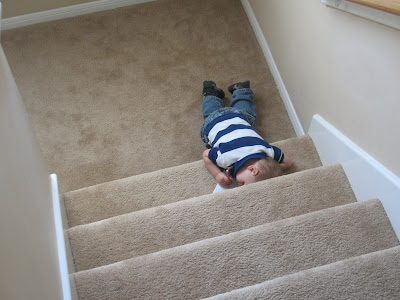 Nope, not asleep--just one of the sweetest sights ever! He was happily drawing there on the landing. 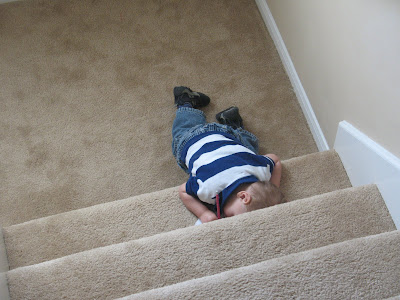 He had to keep moving, though, so he rolled steamroller-style to the opposite end of the landing... 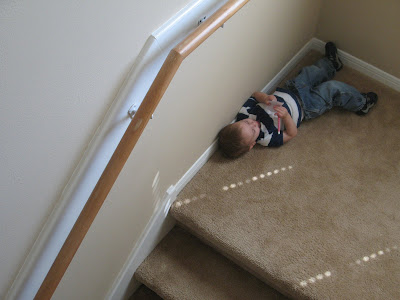 ...and then back. Watching him entertain himself down there was positively heart-warming. 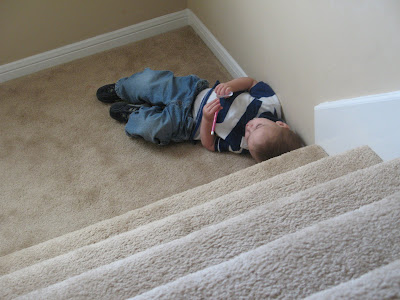