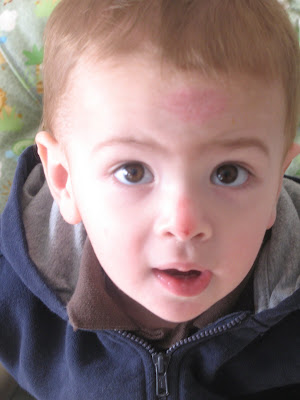 Daddy was taking the trash out to the curb on Wednesday morning, and I followed him out the door. Only I stepped my foot down off the step kind of funny and ended up doing a face plant on the concrete! My nose and forehead were bleeding and they attracted all kinds of attention. Boy oh boy did that hurt! 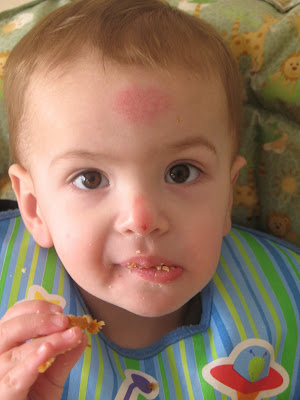 Word to the wise: don't try that one at home. 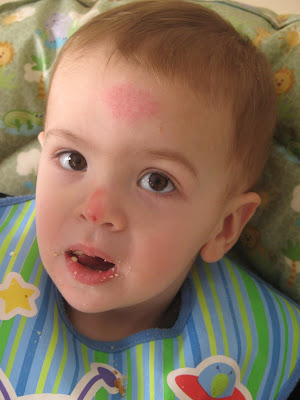 Then Mom gave me some yummy bread for lunch and went into the other room. She accidentally left the bag of bread where I could reach it if I leaned over really far, and I got it. When she came back, she saw that I had taken a few bites out of every piece of the bread and then thrown them all over the kitchen. 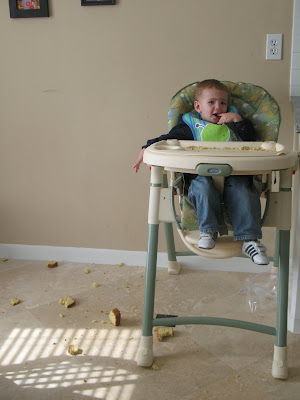 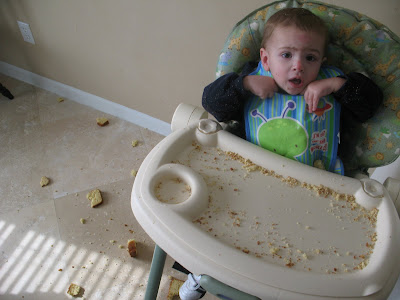 Then a few minutes later she was putting a load of laundry in the wash and I came over to get her help. I had gotten the dish soap and opened it and squirted a fun little puddle on the rug, but then I closed it and threw it, and when I tried to squirt more out it wouldn't come because I had broken the lid off inside the hole. That was so frustrating! I asked very nicely for her help when she was doing the laundry, but when she came over she just put the rug in the sink and started spraying water all over it and wouldn't let me squirt out more dish soap. 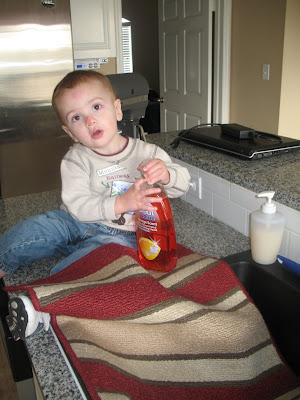 Life is hard when you're almost a year and a half old.
Posted by Kaitlyn at 10:50 AM