A few weeks ago, we got to be part of the Susan G. Komen Race for the Cure. It is a 5K that raises money for breast cancer research. It is a huge organization, and Sam's lab actually has a 7 million dollar grant from them right now. So it makes perfect sense that his lab gets together to race! Since we had Talmage, and strollers aren't allowed in the 5K, we decided we would do the family walk/run, which was about half a mile. We didn't receive our packets in the mail and due to some other circumstances we ended up having to get up at 4:45 am in order to go. 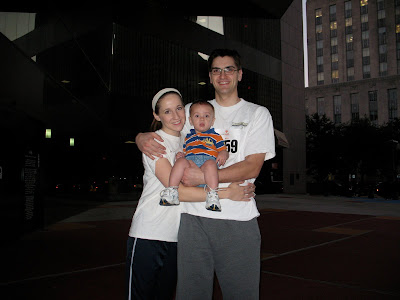 While we waited for the race to start, Sam and Talmage kept Sam's lab members entertained. 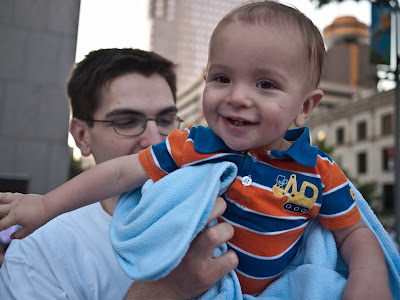 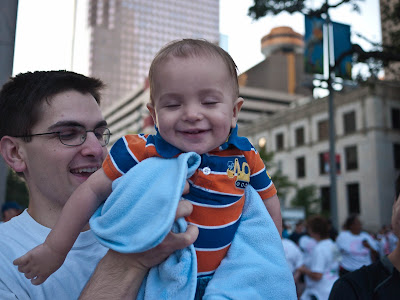 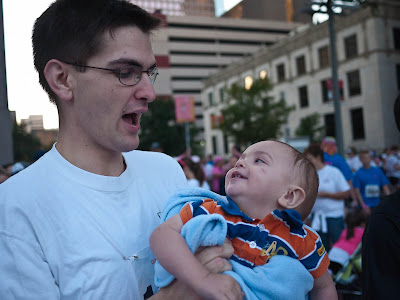 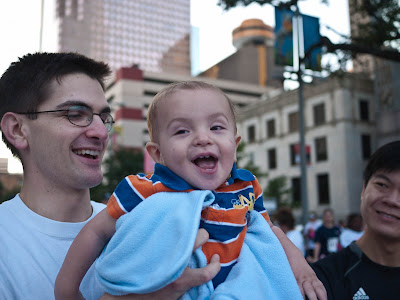 He always seems to have at least one bruise or scrape on his face! 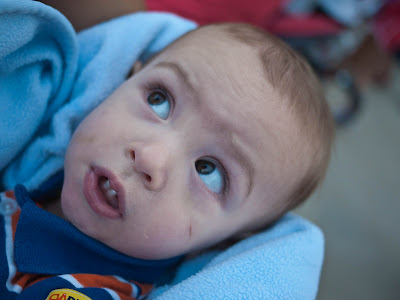 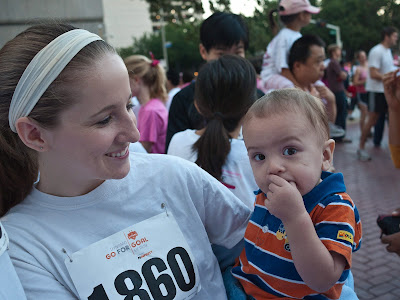 Sam's lab members-his professor/mentor is the one just to the right of the center with the blue and black bag. 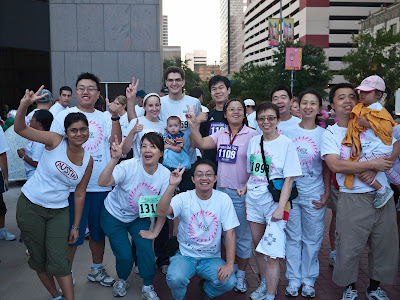 The funny thing was that we actually ended up not doing the race at all! We pushed against crowds like this: 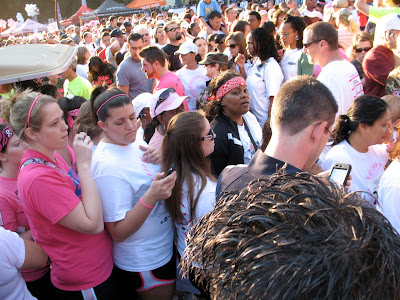 in our efforts to get to the starting line. By the time we got there, the family walk had long since started and other groups of people were lined up and ready to go. We just decided that we had walked much more than half a mile between everything we had done that morning and called it good! Trying to organize over 30,000 people in one park is CHAOS! We stood at a standstill for probably 20 minutes because of the human traffic jam we encountered. Adding the stroller into the mix didn't help, either. Talmage, however, was so exhausted that he fell asleep and slept peacefully through the most chaotic part of the morning.
All in all, we were glad we went, and we were able to get home about an hour before General Conference started. After watching both sessions at home on the Internet, Sam went to the Priesthood session and then went straight to his lab, arriving home after midnight. Ah, the life of a graduate student! He works so hard and yet still somehow finds time to plan sweet dates, write me incredible poems, and fabricate creative surprises for me. What a guy! I certainly got the better end of the deal in our marriage!
Posted by Kaitlyn at 8:08 PM