A Day at the Park

A couple of weeks ago when Talmage was so sick, I took him to the park to get him out of the house. His fever got above 103, and he was pretty miserable there for a while. He had a great time at the park even though he was feeling rotten. Just look at his eyes in these pictures! He looks so sick. 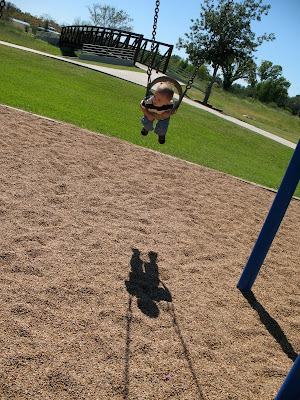 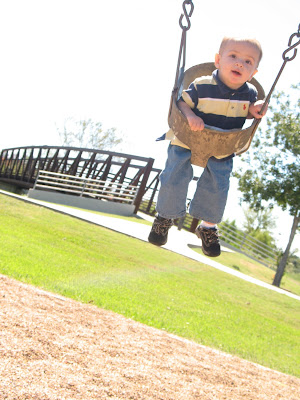 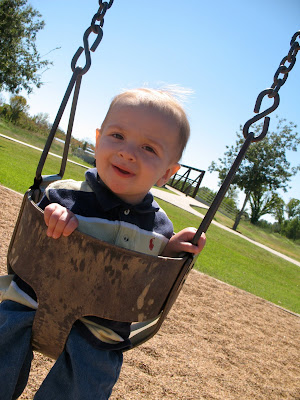 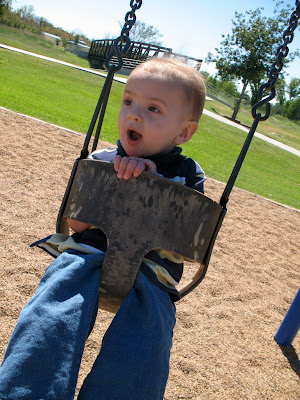 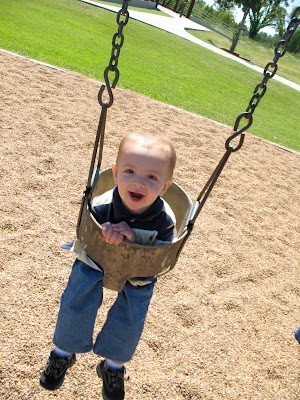 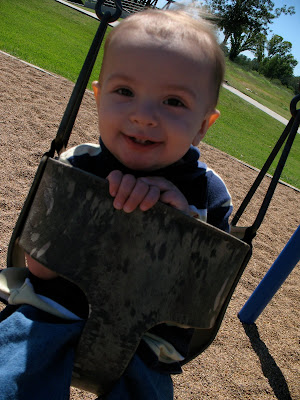 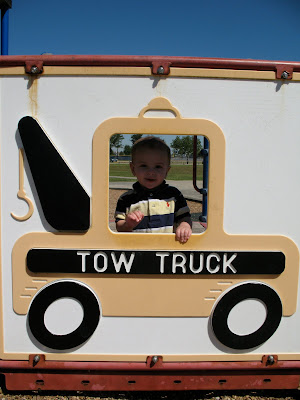 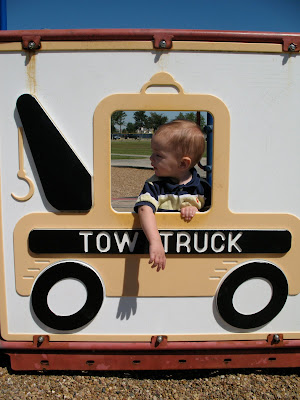 Talmage is our fearless little man (except when it comes to the food processor). I set him on the slide, took this picture, and before I went to help him down, he had scooted himself off the edge and slid down all alone. 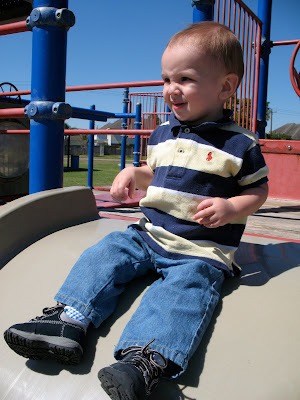 He was very excited about his independence. And the rocks at the bottom of the slide, which he is showing me here. 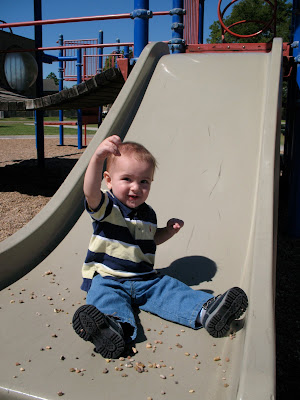 Most of my time after he was out of the swing was spent trying to prevent him from eating gravel and getting him to spit out the rocks that did end up making it into his mouth. 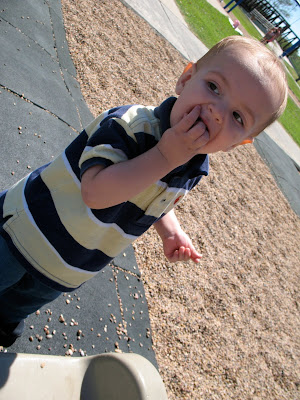 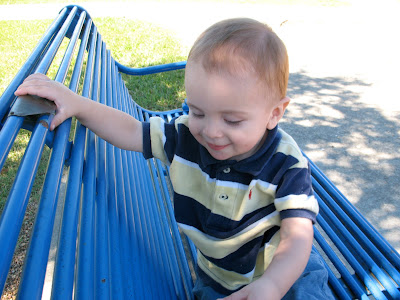 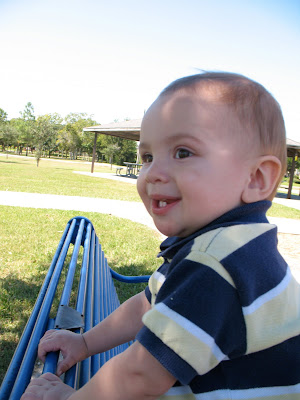 His hair is getting quite long...but it's still wispy and thin. Gotta love the lovely hairdos the wind creates! 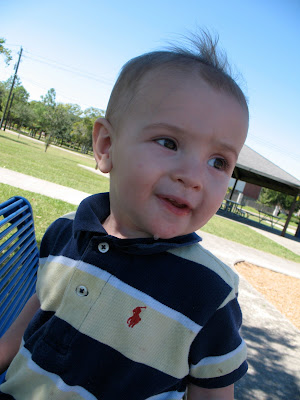 It sure is nice to have a huge park within walking distance of our house!
Posted by Kaitlyn at 8:18 PM