The Case of the Exploding Potatoes

Shortly after we were married, we were having someone over for dinner, so I was making twice-baked potatoes. In case you aren't familiar with these, you bake the potatoes without any foil on in order to create a hard shell out of the skin which you then scoop the insides out of. Then you mix the potato insides with milk, sour cream, butter, cheese, and cooked bacon, and then re-fill the shells with the mixture and cook the potatoes for a few more minutes.
Well...here is a word to the wise. Make sure you poke all of the potatoes with a fork before you cook them! I wanted them to bake just a bit faster, so I turned up the temperature on the oven, and I hadn't poked them. A few minutes later, we were in the other room and heard a very loud BANG! I knew almost instantly what had happened. When I explained to Sam, his protective instincts jumped in, and he stopped me from going to the oven! In case another one exploded, he wanted to protect me.
So he tentatively walked forward, armed with an oven mitt, opened the oven, and this is what we saw:
Not one, but TWO exploded potatoes! 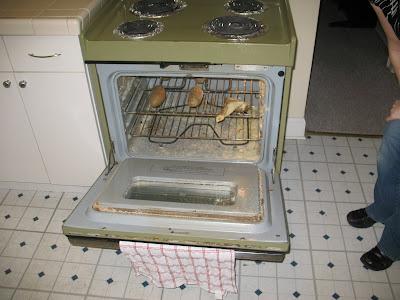 I was more concerned about the fate of our pending dinner than the explosion, I think. 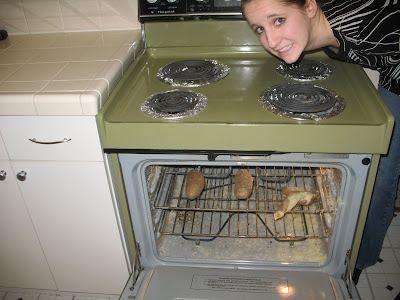 Close-up of the empty shells 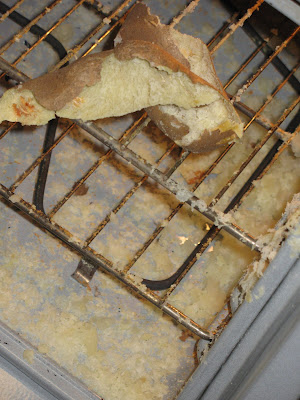 The pictures don't do it justice-the oven was completely covered in potato! 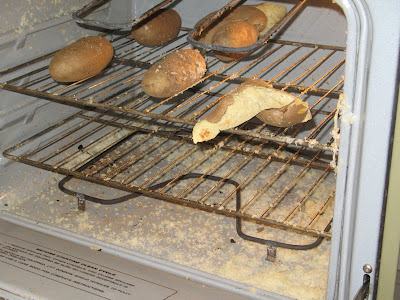 Sam was intent on not letting me help clean up. 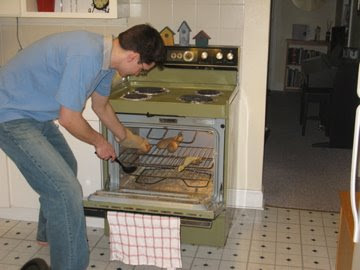 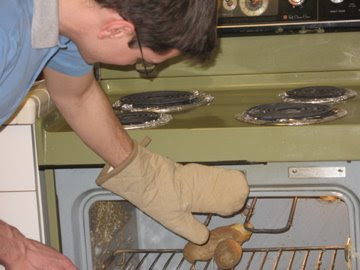 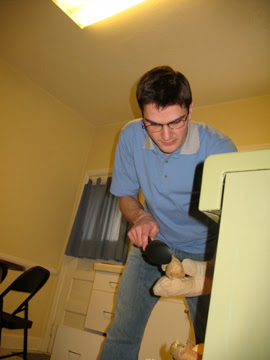 Well, I guess we won't have to scoop out these shells! :) 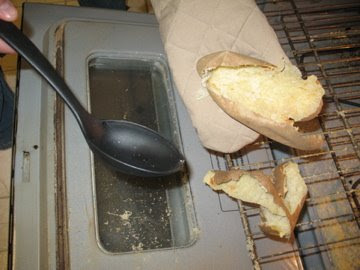 And yes, I know I probably get a little bit carried away taking pictures of things as trivial as potato explosions. It keeps us entertained, anyway!
Posted by Kaitlyn at 8:02 AM